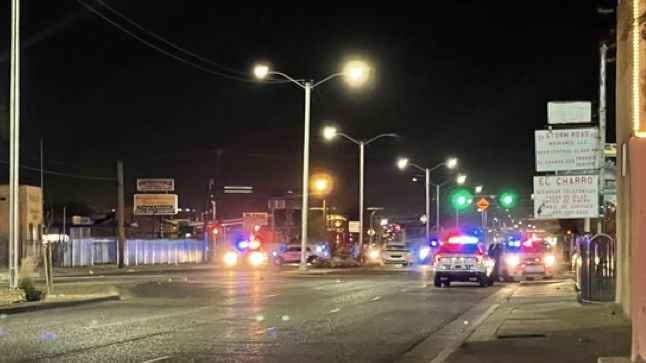 APD responded at around 6 p.m. to Central Avenue and Rhode Island Street, where they found a woman had been struck and killed near the intersection.

Witnesses told police an older black Nissan Altima was traveling east on Central Avenue behind a truck. The Nissan drove around the truck, hit the woman and fled the scene.

Officers were unable to identify the driver of the Nissan. The pedestrian succumbed to her injuries at the scene.

Surveillance video is being reviewed as a part of an ongoing investigation. It is unknown if alcohol, drugs or speed were contributing factors in the crash.

According to police, a pedestrian was killed early Tuesday morning and officers were also called to a pedestrian crash Tuesday night.