A witness shared footage of the incident with KOB 4 shortly after the shooting. Now, police are sharing their perspective.

According to APD, an officer who was conducting an unrelated traffic stop reported 40-year-old Claude Trivino. The officer and other drivers said they saw Trivino walking in the middle of the road near San Mateo and Copper.

Two officers responded to the scene. Lapel footage from one of the responding officers shows Trivino walking away as officers started to follow him down the street. Officers said they could see him holding a knife to his side.

Both officers were heard giving Trevino multiple commands to stop, get out of the road, and drop the knife. That’s when police said Trivino turned around and charged one of the officers with the knife.

One of the officers subsequently used a taser on Trivino, but it had no effect. Then, Trivino turned and threw a knife at the other officer, at which point both officers opened fire.

APD also released a photo of the knife they said Trivino threw at one of the officers during the confrontation. Another photo shows a cut on the responding officer’s arm that they said was caused by the knife.

According to court documents, Trivino had a criminal history and was evaluated for mental health issues in the past. APD Chief Harold Medina said lawmakers need to do more for people who suffer from mental illness.

"The tragedies that we continue to see involving individuals in mental crisis—I truly believe that we need a state-wide system that helps us identify and capture information about individuals,” Medina said. “There’s some more background on this individual that could have assisted with earlier interventions along the way. I think that we have to be able to get to the point where we’re able to keep individuals safely in custody for these types of issues until they overcome some of their struggles."

APD is still investigating the shooting. Both responding officers have since returned to duty. 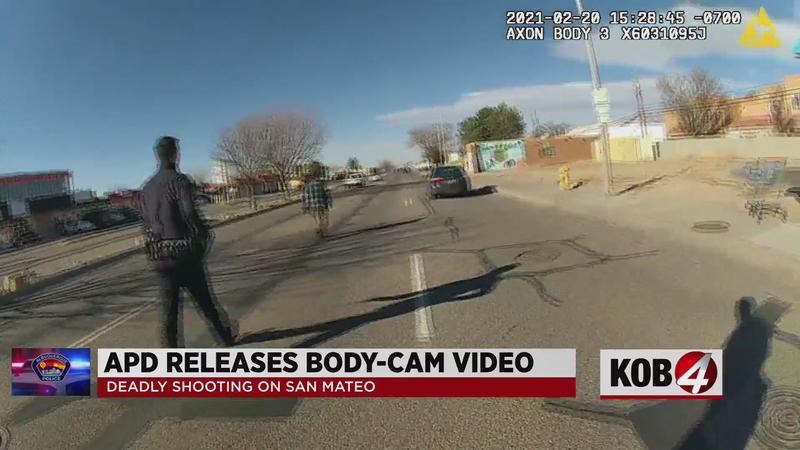