ALBUQUERQUE, N.M. — The Albuquerque Public Schools Board of Education tabled a vote to finalize its hybrid learning plan during a meeting Wednesday.

The school board will convene again in two weeks to discuss the plan. Until then, the district will remain virtual.

The district also plans on asking the state to allow its high schools to participate in sports– even if they are not in a hybrid setting.

The reentry plan that was proposed and tabled Wednesday had pre-k through 12th grade students returning in less than three weeks.

Teachers would have returned to their classrooms Feb. 16 ahead of the students’ arrival, which was set for Feb. 22 at 25% capacity. On March 8, capacity would have increased to 50%.

At 25% capacity, students would have been separated into four groups by last name. Starting Feb. 22, every student would have been able to go in-person for two days in a two-week period.

The first group would attend class in-person Mondays and Tuesday then learn remotely on Wednesdays so the schools can be deep-cleaned. The second group of student would subsequently attend class in-person on Thursdays and Fridays. The same schedule would repeat the following week for the remaining two groups.

At 50% capacity, student groups will narrow from four to two beginning March 8. The proposed plan has classes going up until spring break, which is set for March 20.

All students will have the option to opt out of in-person learning altogether and stay virtual.

During the meeting, APS officials highlighted multiple concerns about returning in-person like cleaning, social distancing on buses, air flow in buildings, how to keep sports teams safe, teachers quitting, and students removing their masks while at school.

Dozens of people on both sides also spoke passionately during the public comment period.

"Teachers don’t teach. They only assign work. I cannot attend my classes because I have to help my younger siblings attend their classes,” said Taylor Christiansen, a Cibola High School student.

"I’m an APS teacher who wants to return to in-person learning now, and whether you hear from them tonight or not, there are many more just like me,” said Lacee Metzger, an APS teacher.

"The current online model has failed our students,” said Jennifer Christiansen, a parent. "Students are depressed and anxious. The classroom is a low-risk environment."

However, many people have criticized the district for returning before Bernalillo County is in the green stage, or before teachers are able to receive the vaccine.

Protesters gathered outside APS headquarters Wednesday afternoon to oppose the back-to-school plan. A petition in support of holding off reopening is also making its rounds online and has received more than 3,000 signatures so far.

"Society has learned to expect us to make personal sacrifices for our students, and now, again we’re being called on to make sacrifices, but this time the sacrifice is too great,” said Kelly Dutro, and APS teacher.

"Imagine the trauma students would experience if their teacher dies from COVID-19 knowing that this could have been prevented,” said Samantha Asby, and APS counselor and parent.

"Many of us are perplexed by the lack of thought that has gone into this impulsive move to return schools in a few weeks,” said Robert Feuer, an APS teacher.

If the board votes to return in-person, teachers will required to head back to their classrooms unless they have an official exception. 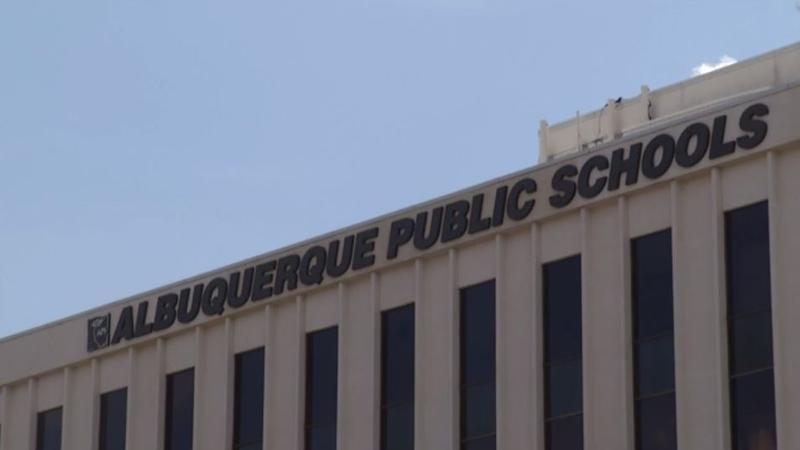