The ride was supposed to be a joyous occasion. Co-workers of Susan Montoya donated money so she could check a hot air balloon ride off her bucket list. Montoya was an assistant principal at Georgia O’Keefe Elementary School. She was given the gift because she was moving to a new school for the upcoming school year.

"What a loss that this school is feeling right now," said Amber Howard, whose kids attended Georgia O’Keefe. "Not only the kids who are here now, but the kids that she’s touched throughout here entire career in education."

Howard said she has fond memories of Montoya.

"I knew Susan because she was the first face that you pretty much saw every time you walked into the school," she said. 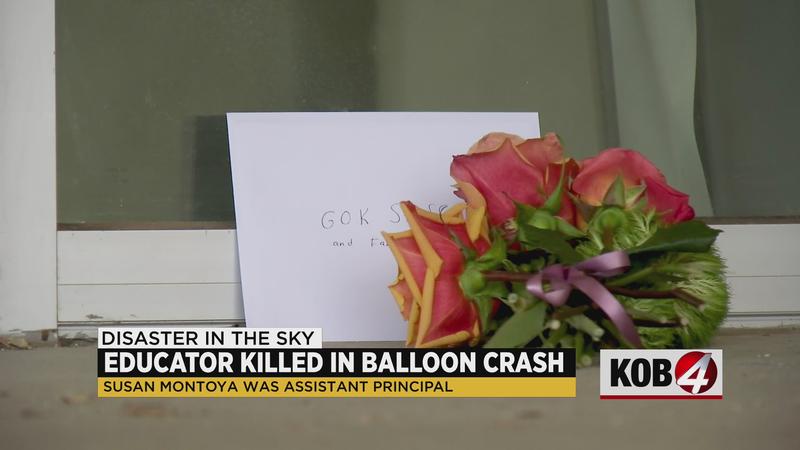 Howard said Montoya would not want anyone to feel guilty about helping check something off her bucket list.

"I know that Susan, and the way that she lived her life, she would never want anyone to feel guilt or something like that," she said.

Montoya, her husband and her two guest, along with the pilot, died in the crash.

The APS police chief was overcome with emotions Sunday. He detailed how he found out that APS Officer Martin Martinez was killed in the crash.

"I rounded up the people that I could from school police, and we met at our new dispatch center," Chief Steve Gallegos said. "And I announced it to them because I wanted them to know before everybody else. Before hearing it from somewhere else. And it was the hardest thing I’ve ever done in my life."