Ghost guns are a firearm you put together yourself. You can buy all the parts you need to make a fully functional pistol or rifle online, no background check required and they are 100% legal.

"Actually very uncommon. It’s not something you run across very often at all," said Szych.

The big difference from law enforcement’s perspective is that there is no serial number.

"Just makes it harder to know where it was manufactured, who sold it, who bought it, and other characteristics you want to know," said Szych.

That makes it almost nearly impossible to track down the owner of the gun is or who could have used in a crime. Police investigators say it was a ghost gun that the accused shooter used to kill 16-year-old Andrew Burson.

The co-president of New Mexicans Against Gun Violence, Miranda Viscoli, says this latest shooting is yet another reason why the state needs to step in to stop these homemade guns from being sold.

"Both New Mexico and this country needs to get on board on banning ghost guns today and not tomorrow," said Viscoli.

Democratic state Rep. Tara Lujan tried to accomplish that during last year’s legislative session with House Bill 166, which would have made it a crime for people to make ghost guns in the state.

However, it only made it through one committee before it was dropped. Lujan says following this recent tragedy, she plans on once again reintroducing the bill in next year’s session.

"I will continue to work on this legislation, if we don’t see something really something substantiated federally, then I will make that commitment to bring it forward in the next 60-day session," said Lujan. 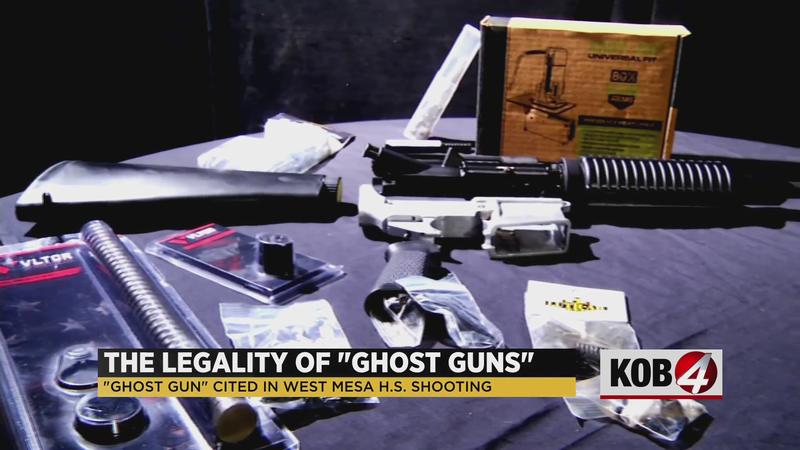