Witnesses said the fire was burning north of Main Street.

As of 10 p.m. Tuesday, crews were actively working to put out hot spots.

The Valencia County Fire Department said that several homes were threatened as the fire spread north, and one family was evacuated. Thankfully, though, no structures were damaged and crews continue to hold the fire line.

The fire is estimated to have burned nearly seven acres and is zero percent contained, according to the fire department. 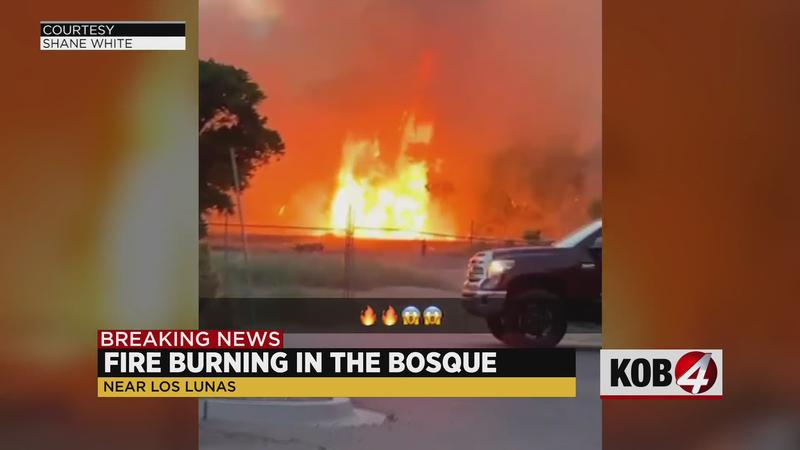 Police have arrested Christopher Barnard, 23, after he reportedly told police he started the fire because he "wanted to see" if firefighters could put it out.