SANTA FE, N.M. — A police chase on I-25 ended in a deadly crash Wednesday, claiming the lives of a Santa Fe officer and a retired Las Vegas firefighter.

43-year-old Robert Duran began his career with Santa Fe police in 2015. His niece, Kayleigh Gamino, said he’s been dedicated to protecting and serving the community ever since.

"It was just like a coincidence that it happened at mile marker 286, but that was also my uncle’s badge number," Gamino said.

She told KOB 4 that Duran "was a very brave and heroic officer. On duty, he was always ready for anything he may face that day, not knowing what the outcome could be, but that didn’t matter to him, as long as he was protecting his community."

Duran was married with two teenage sons. Gamino said he was just as dedicated to his family as he was to his job. She described him as the life of the party – he had a goofy personality and a love of making others laugh. 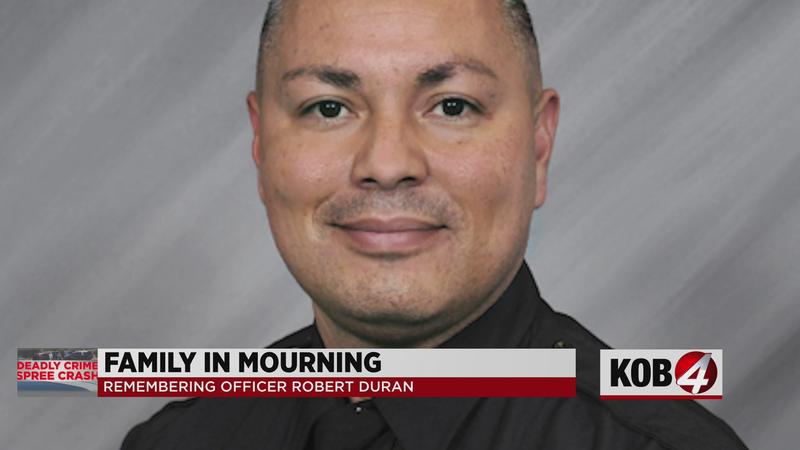 "To lose him, it’s really hard right now," Gamino said. "His mom, she had 12 siblings. So we have a huge family. So they’re all on their way from all over the state to come be with everyone and my cousins, I don’t know, everyone’s just coming together today. Everyone’s on their way right now or they’re already here."

Gamino started a GoFundMe to help Duran’s family during this difficult time.