ALBUQUERQUE, N.M. – Film workers and union members gathered for a candlelight vigil in Civic Plaza Saturday night to remember Halyna Hutchins – the director of photography who died after she was shot while working on the set of the movie "Rust."

Many people spoke about Hutchins and her work in the industry, but along with grief many felt anger, saying her death should have never happened.

“To work with somebody that is that collaborative and never thought of herself as better than anyone on that set I would have been lucky to have ever done another movie with another person like that or with her, and now I don’t get to and it sucks,” said Lane, coworker of Hutchins.

“I have also read a lot about her having a bright future and that’s always interesting to me because it was so clear that she had a bright present and she had a big effect on all the people she has worked with,” said John Lindley, National Cinematographers Guild president.

As folks shared their grief, others voiced their frustration.

"I feel like this didn’t need to happen and this happened because people were working too many hours and they weren’t being listened too, so I feel this is a really senseless act that happened,” said Rosa Weiss, local 480 Union member.

An entire industry is left mourning the loss of one of their own.

“She’s a wonderful mom and wonderful wife and just a wonderful soul and I really hope more people like her exist,” said Weiss.

Many people spoke at Hutchins’ vigil, from friends and coworkers to national union representatives, addressing the crowd of hundreds that came to stand in solidarity. 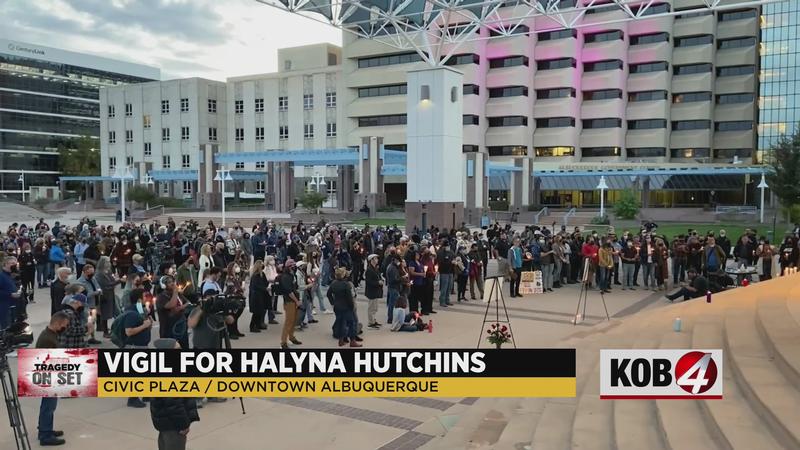