ALBUQUERQUE, N.M. – Closing arguments took place Wednesday in a case involving a woman who allegedly killed a mother and a daughter in a crash while fleeing police in 2017.

Elexus Groves is accused of running a stop sign and crashing a stolen van into a car driven by Shaunna Arrendondo Boling. Her 14-year-old daughter Shaylee Boling was in the car. She and her mother were killed in the car.

The prosecution and defense agree on the facts of the case but differ on if Groves was knowingly driving recklessly to avoid police.

The prosecution argued, "She knows that the police are there to stop her. She doesn’t stop. Initially she’s not driving recklessly according to the officers, she’s driving fairly normally. At some point she’s made that decision that she’s going to flee. She never stopped and it appears she never had the intention to stop." 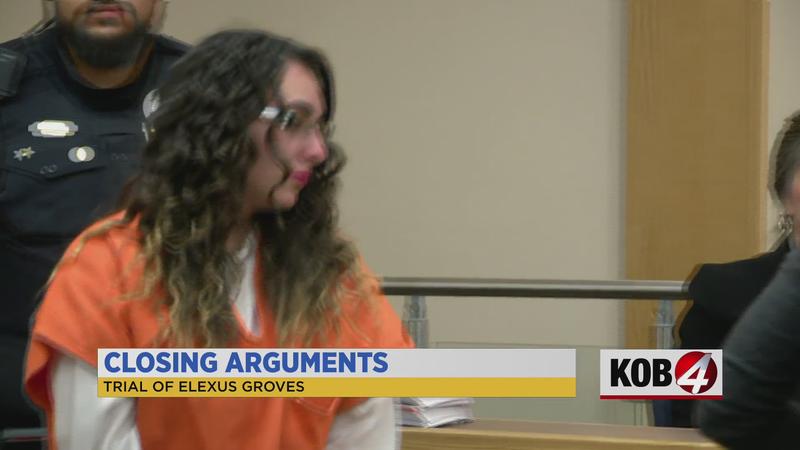