ALBUQUERQUE, N.M. – Roads across the state of New Mexico, including the Albuquerque metro area, are covered in snow and ice Thursday morning after temperatures fell during Wednesday’s snowfall.

In Albuquerque, police responded to 51 crashes – including three crashes without injuries – from 5 p.m. Wednesday to 6 a.m. Thursday.

Many schools and organizations – including schools and city offices in Albuquerque and Rio Rancho; CNM and UNM; and Santa Fe schools – reported closures or delays due to the weather.

Snowfall totals were higher in northern New Mexico where some places, including Los Alamos, received 10 inches of snow. Santa Fe also received just one inch of snow in the 24-hour period. 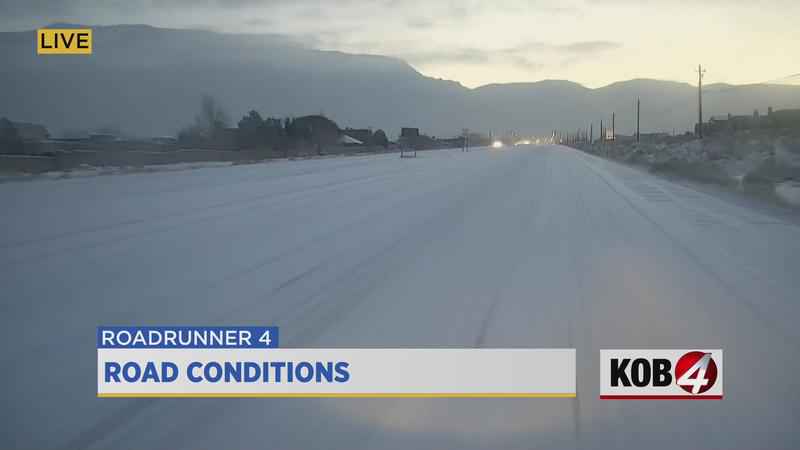 The snowfall led to a 20-degree-plus temperature drop across the state to where some places dropped below zero Thursday morning. Gallup and Grants each started the morning at -3 degrees Fahrenheit Las Vegas started at -2 degrees. In southern Colorado, Durango started at -7 degrees.

Brianna Wilson gave some tips for staying safe during this cold spell and conducted some experiments to demonstrate the cold weather in Albuquerque:

Joy Wang was out on the road this morning with a look at road conditions, traveling along Paseo del Norte: