At least 50 people were at the vigil, from friends and neighbors to classmates – the baseball team even postponed their practice to show their respects.

“He was always laughing, smiling, giggling, dancing just being him he was too good for this world and it’s too bad the way he was taken from us, he was an angel and now he’s watching over us,” said Adrian, a friend of Burson.

There was a mixture of mourning and anger as they think back to what happened the day before, just across the street from where they stood.

“There is no excuse for what happened, it should have never happened, Andrew was a good person and didn’t deserve to die the way he did, especially not at school,” said Mya Hill friend of Burson.

After the vigil, multiple folks went across the street and added balloons, flowers and candles to Burson’s growing memorial.

Albuquerque police say they arrested the accused shooter, Marcos Trejo, at a West Side home Friday evening. He’s been charged with murder.

Trejo had a brief court appearance Saturday morning and will be held without bond. A judge is set to decide within the next week whether or not he’ll be released before trial. 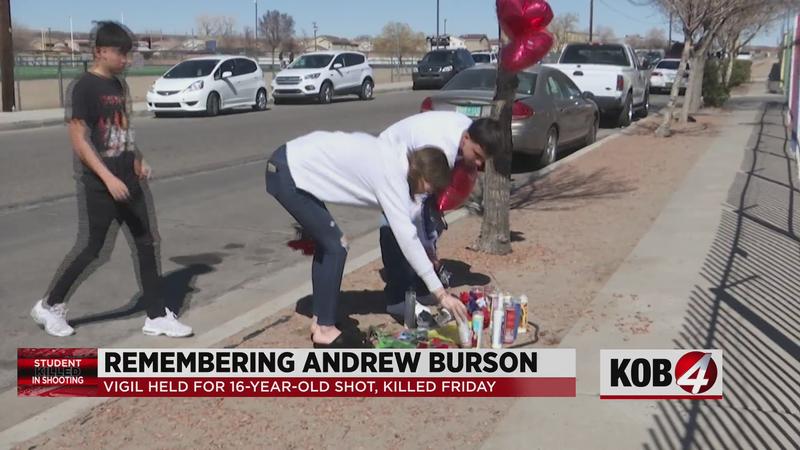