ALBUQUERQUE, N.M. — The first reports of the tragic hot air balloon crash went out over dispatch a little after 7 a.m. Saturday.

"It’s going to be Central and Unser, we’ve got a hot air balloon that ran into power lines, it is catching fire, the people fell out of the basket," an Albuquerque Fire Rescue dispatcher stated.

"It looks like they’re trying to pull people from the basket," could be heard on another dispatch recording. "Power is out everywhere."

Descriptions started coming in on what would become a horrific situation.

"They’re going to have multiple fatalities on that balloon crash." 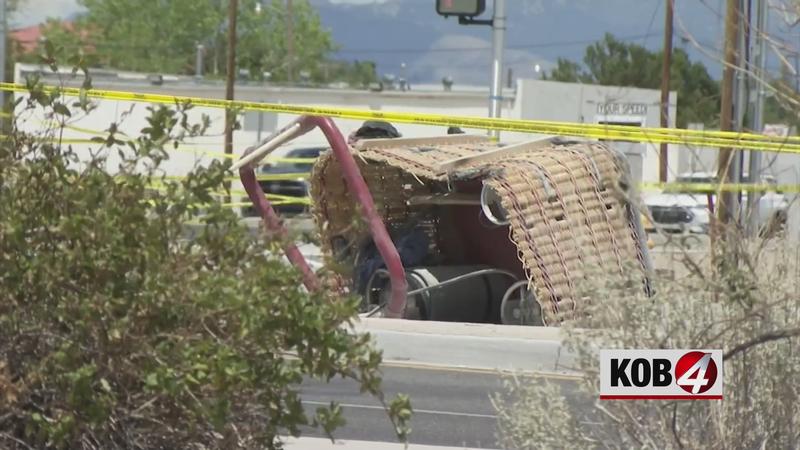 The hot air balloon ride was a gift for Susan Montoya, one of the passengers who was killed, along with her husband John. The couple was riding with fellow Albuquerque Public Schools employees Martin and Mary Martinez, and pilot Nick Meleski.

"Engine 14 is on scene, it appears like hot air balloon landed in the middle of the intersection at Unser and Central. We do have CPR being performed on two patients so far."

Bystanders tried to help, too, but four of the victims died at the scene. John Montoya was taken to the hospital, where he later died.

Investigators later learned the balloon gondola hit a power line and dropped 100 feet. The balloon envelope was found south of the crash, but it’s unclear at this point what caused the balloon to crash.

The Federal Aviation Administration and the National Transportation Safety Board have taken over the investigation of the crash, which could take more than a year.