Officers involved in the pursuit believed at the time they were chasing a car with a woman who was held hostage at knifepoint. Cars, trucks and semis can be seen swerving out of the way on the interstate, and then the crash happens – killing officer Robert Duran and retired firefighter Frank Lovato.

"It’s literally an officer’s worst nightmare to try to manage all those factors as you’re involved in a rapidly evolving event and you believe that you have somebody that’s been kidnapped… their life is in jeopardy," Szych said.

Santa Fe police pursuit policy leaves a lot up to the officers. 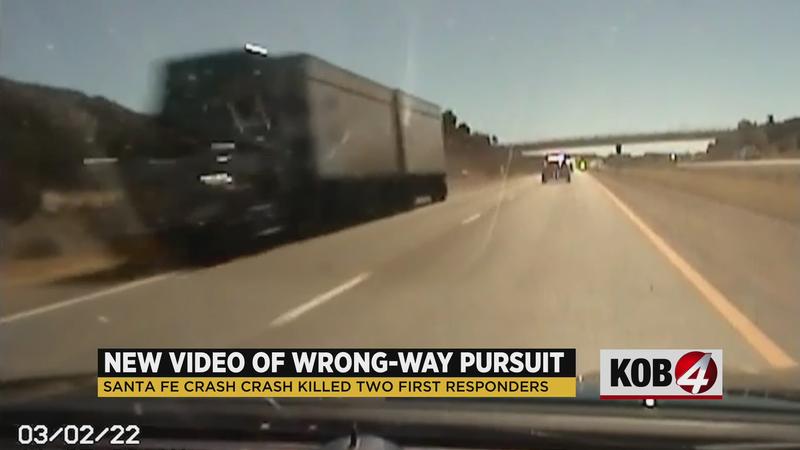 The policy states, "A law enforcement officer may initiate a high-speed pursuit to apprehend a suspect who the officer has reasonable grounds to believe poses a clear and immediate threat of death or serious injury to others."

KOB 4 reached out to Santa Fe police to ask if the policy was followed and if it’s under review. Chief Paul Joye responded in an email:

"The pursuit is being investigated by New Mexico State Police as well as our pursuit committee and Internal Affairs. Until all investigations are completed, I cannot comment regarding compliance with policy and the Safe Pursuit Act."