Exclusive: Inside look at Flix Brewhouse set to reopen Thursday

ALBUQUERQUE, N.M. – It’s the spot where you can kick your feet up, have a brew and some food without ever having to leave your seat. Flix Brewhouse in Albuquerque is preparing for its grand reopening on Thursday.

"This is the moment we’ve been waiting for," said general manager Brandon Higgins. "It has been a challenge to open in 18 days after being closed for 18 months."

The popular move and food location has been closed for the past 18 months because of COVID-19. They were set to reopen earlier but owners had to wait on a federal grant to help with costs. Now, staff is working hard to get everything prepared for their reopening.

"We started taking down that old marketing material, knocking the dust off of everything and getting the building set up so it’s ready to rock," Higgins said.

That included repairing theater chairs and giving everything a deep clean. Of course, there is getting the amount of staff needed to run the eight theaters. A process Higgins said they recently began.

"We started our hiring seven days ago and within that amount of time we got up to 100 team members,” he said. “I would say about 50% of those are returning team members."

Higgins said they still have some spots to fill for kitchen staff, and they did run into some hurdles in getting their brewery up and running.

"We won’t have our beer pouring on opening night, but we are hoping within the first couple of weeks of opening that we do have that.”

But that doesn’t mean there won’t be any beer on tap. Higgins said they will still have guest drafts available for purchase.

The first showing is Sept. 30 at 4 p.m. Some seats are still available, but Higgins said he believes they will sell out quick. 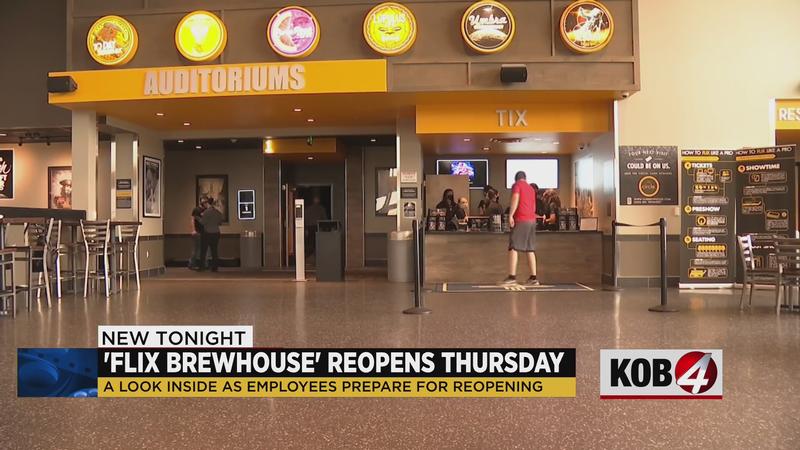