Family of slain NMSP officer speak out about his death

ALBUQUERQUE, N.M. — The family of a State Police officer who died in the line of duty Thursday is speaking out about his death.

State Police officer and father of three Darian Jarrott was shot and killed while conducting a traffic stop near Deming.

“Our family remembers Darian as a happy, outgoing and loveable person regardless of what life threw at him. He was always smiling. He loved with all his heart. Most of all, he loved his children,” said State Police officer David Taranga, Jarrott’s uncle.

In addition to Jarrott and his uncle, Jarrott’s mother used to serve as a NMSP administrator, and his sister is the transportation inspector with NMSP. 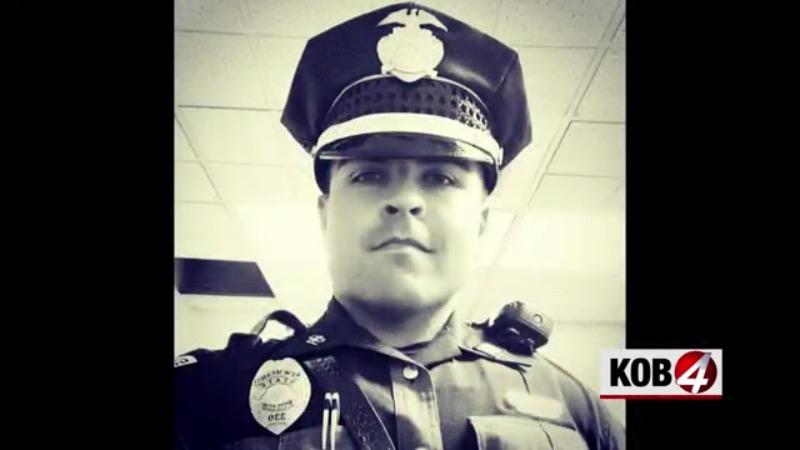 “Darian was honored to be a part of this special New Mexico State Police family,” said Officer Taranga.

Jarrott’s family said being a police officer was only second to being a father.

“He told me how at the end of the work day his favorite thing was opening up that door, having his kids run to his legs to give him big hugs and welcome him home after a long day,” said Gabriella Jarrott, the mother of Jarrott’s children.

Officer Jarrott leaves behind three young kids with another on the way.

"Never in a million years did I think I’d lose my best friend, my biggest fan, my lover, my world,” said Alycia Chavez, Jarrott’s fiancée in a Facebook post.

"Darian Rey Jarrott, I’m proud to say your [sic] my other half, my fiancé, my husband, the amazing father of our baby. Just know me and all your babies got your six,” she added.

Jarrott’s family said his four children were his world, and that they’ll be reminded every day that their father was a hero.

People can donate to Officer Jarrott’s memorial fund by donating to GoFundMe or the New Mexico State Police Association.