ALBUQUERQUE, N.M. — Former Las Vegas Mayor Tonita Gurule-Giron will spend the next year and a half on probation for rigging city contracts to benefit her boyfriend.

The defense claimed Gurule-Giron was convicted for the same crimes twice.

"In this case, essentially, they are the same acts as being determined by the jury instructions, therefore the court does find sentencing the defendant with both charges would be in violation of double jeopardy," said Abigal Aragon, the chief judge of the Fourth Judicial District of New Mexico .

In May, Gurule-Giron was convicted for using her authority to interfere in city contracts to benefit her boyfriend. A jury found her guilty of two charges: violation of ethical principles of public service and soliciting/receiving illegal kickbacks. She faced up to three years in prison for both convictions.

On Friday, the judge determined both convictions were basically the same, so three years in prison was off the table. 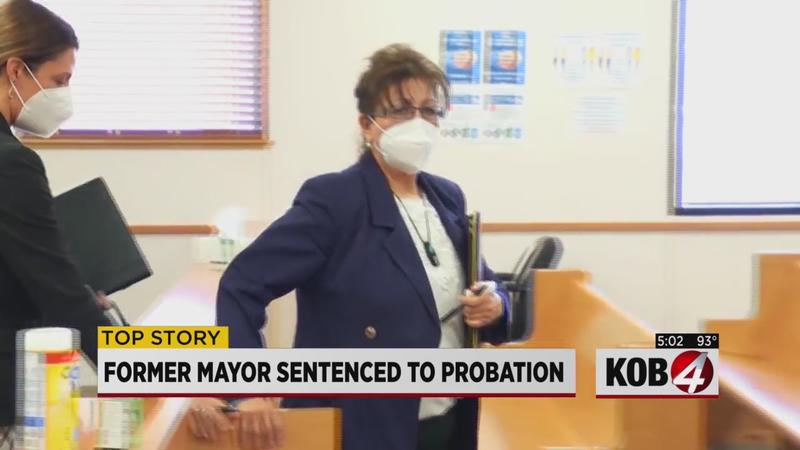 Gurule-Giron’s lawyer called three of the former mayor’s close friends to ask for a lighter sentencing. All three asked for the charges to be dismissed. Gurule-Giron did not address the court.

Judge Aragon gave the Gurule-Giron 18 months probation. She was also ordered to make a public apology and write a letter of apology to any employees or contractors who were affected.

Now, the former mayor has to meet with a parole officer to finalize the terms of her probation and to set up community service hours.