ALBUQUERQUE, N.M.- Gov. Michelle Lujan Grisham’s office has declined to make the governor available for an interview to address a report that shows the state overpaid unemployment benefits by millions of dollars.

Instead, a spokesperson provided KOB 4 with statements.

In response to one of the statements, KOB 4 asked the spokesperson numerous questions:

The one statement essentially said for New Mexicans to bring their concerns and anger, if necessary, to the governor, and no one else.

State lawmakers were more accessible than the governor Thursday. 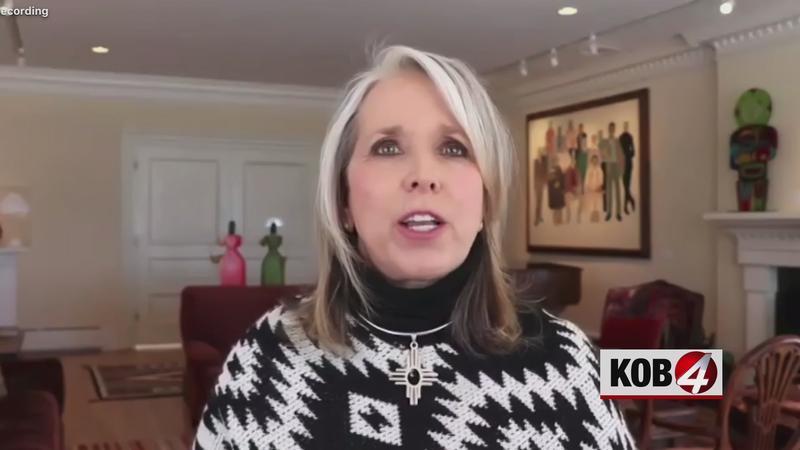 "The governor needs to immediately appoint a new secretary as soon as possible," she said. "They need to be competent, and they need to come in and address the crises that we are in right now.”

"Someone who has the determination and grit to lead the department through one of the hardest times we’ve had," she said.

She noted the department had to navigate federal guidelines, new programs, build rules and evolve quickly– all while delivering billions of dollars in aide.

It’s a job Ricky Serna is responsible for in an acting role. However, it’s not his only job.

"It’s our understanding that the interim secretary right now is also the director of the State Personnel Office, so essentially they are doing two full time jobs in a post pandemic crises," Diamond said.

Hochman-Vigil has confidence in the job Serna is doing.

"He’s really done a lot with the cards that have been dealt to him," she said. "I know that we feel confident with him leading at the time, but he definitely needs to step aside to someone who’s going to devote their full energies to the job.”

Despite what the LFC may have reported, and despite the way it was covered, it is not accurate to say the state overpaid benefits by $250 million, as the acting secretary explained in detail to KOB last night, or that these were necessarily the “state’s mistakes,” as you describe them.

The LFC’s calculation used an overpayment rate derived from random sampling. The Department of Workforce Solutions, meanwhile, computes the number daily from actual claims – and the amount overpaid is $105 million. The overwhelming majority of overpayments derived from the federal PUA benefits program, which was a program created at the federal level specific to the pandemic, a new and complicated program that created an environment where, because of misunderstandings, people were subject to make fraudulent claims, and human error was at play.

There is nothing to investigate with respect to the overpayments as the agency knows exactly where the money is, which accounts with which individual claimants, and the state has already been engaged in the process of recovering and managing overpayments. There are several strategies for doing this – some claimants are eligible for waivers through which their overpayments will be forgiven; some claimants will see their weekly benefits off-set to pay back an overpayment; and some will see their appeals remanded through the adjudication process.

With respect to the bigger picture: The overpayments and fraudulent claims made by claimants, while understandable to an extent given the complexity of the ever-changing federal pandemic unemployment programs, represent a miniscule fraction of the $3.7 billion in benefits the state has paid out to claimants over the past 14 months.