ALBUQUERQUE, N.M. —Health experts warned the public that New Mexico is on the path to once again break 1,000 COVID-19 cases a day.

The state’s Department of Health reported close to 1,300 new COVID-19 cases Thursday, however, about a quarter of those cases happened over the course of at least six months.

State officials said out of the 612 cases reported Thursday in Lea County, 331 are considered "historical," meaning more than two weeks have passed since the specimen was collected, and those cases should not be considered as reflecting the current levels of community transmission.

"Those late-arriving cases are the result of one late-reporting facility and date back over the course of at least 6 months," a news release stated. "Out of the 612 cases reported today, 281 are within 14 days of the date of specimen collection and are considered recent (acute) cases."

State officials said the Nor-Lea Hospital in Lovington "discovered an interface issue," causing one of their COVID testing machines to not report positive results to the NMDOH. 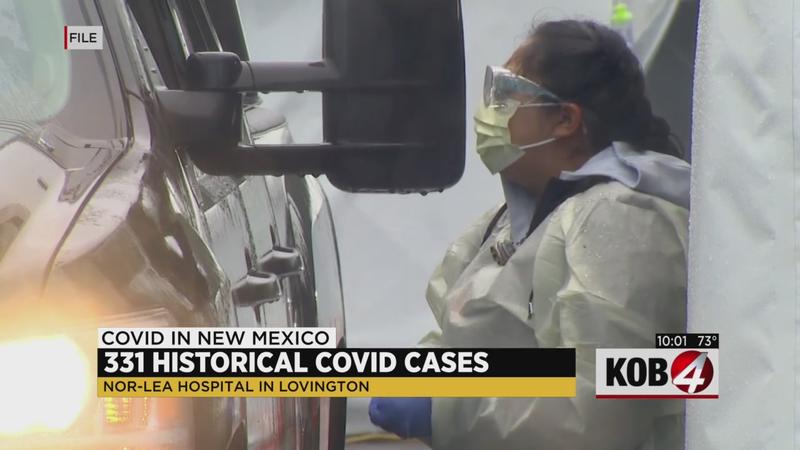 The state was just notified of this when the hospital found out about the critical error.

State officials said those 331 patients who tested positive were told they had the virus shortly after they were tested – it was just the state’s Department of Health that was in the dark for the past six months. That’s why the cases have been labeled "historical."