Law enforcement sees an uptick in street racing across the metro

ALBUQUERQUE, N.M. — Charges are pending Monday against the driver who caused a crash that killed a local priest in the South Valley over the weekend.

According to the Bernalillo County Sheriff’s Office, two drivers were going too fast on Coors Boulevard and crashed into Reverend Graham Golden’s car as it was pulling out from the Santa Maria de la Vid Abbey.

Golden died on the way to the hospital. Brother Edgar Romero, who was also in the car, is expected to be OK.

This latest tragedy highlights what law enforcement said is an uptick in street racing reports.

Typically, when it comes to street racing penalties, drivers are met with misdemeanors, citations, and court dates. 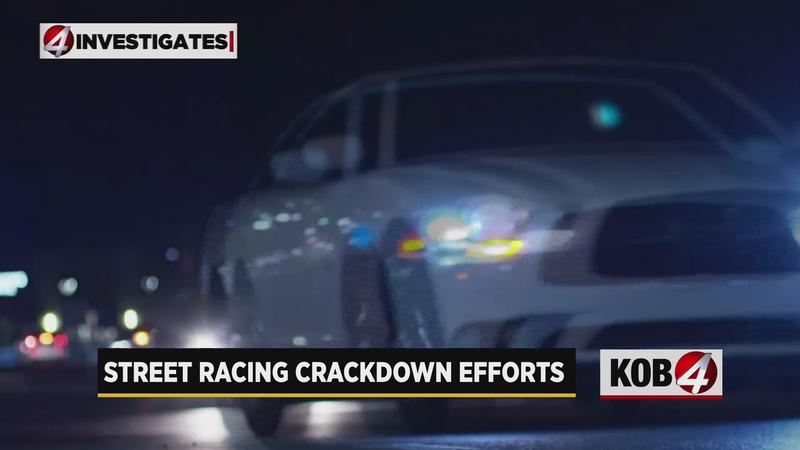 A spokesperson for the Bernalillo County District Attorney’s office said their office is not usually involved unless the offense rises to the level of a felony or if the driver was intoxicated.

Nonetheless, various agencies have their own efforts centered on at least citing the people caught racing.

At the beginning of May, BCSO deputies said they held two enforcement periods. During those operations they wrote more than 100 citations. They’ve also been doing targeted patrols on Tramway Boulevard, which is notorious for street racing.

Meanwhile, the Albuquerque Police Department ramped up evening patrols near Trumbull and Eubank. During the day, they’ve increased patrols along Wyoming where they see drivers challenging each other to race.

A new educational campaign was also launched last month. The phrase "speeding has a name" can be seen on billboards across the metro and aims to raise awareness about the dangers of speeding.

As of March 1, those combined efforts have led to more than 1,472 citations for speeding, 32 street racing citations, and 52 for a modified exhaust.

APD officials said people will automatically have to go to court if they receive racing or exhaust citations. A judge can then impose a fine. Speeding fines vary depending on how fast the driver is going.

The Albuquerque Dragway is reminding car enthusiasts to choose the safer option, and to keep racing off the streets. The dragway is also hosting events called "street to strip" nights.

Robert Costa, owner of the dragway, said he’s been trying to get APD involved with spreading the word, but it hasn’t happened yet.

“It’s a safe environment. We have EMS on site. All the cars go through a safety inspection before they go down the racetrack. We’re part of the National Hotrod Association, which is our sanctioning body," he said. "They have a nice rule book that says at certain speeds, certain times, certain safety equipment is required. Your average street car, you come out, you don’t have to have a helmet, you wear your basic street clothes. So it’s not a really big deal.”