Legal expert on fatal I-25 crash

ALBUQUERQUE, N.M. – As Jeannine Jaramillo awaits her first court appearance, details of New Mexico State Police’s investigation are taking shape– and so is the evidence against her.

Jaramillo was arrested after allegedly leading police on a high-speed chase on I-25 that ended in a crash that killed Robert Duran, a Santa Fe police officer, and Frank Lovato, a retired Las Vegas firefighter.

In more than 10 alleged incidents Jaramillo’s charges never stuck. They include two instances last year where she stole vehicles, and claimed a boyfriend of hers forced her to do it. One of those incidents last September also included a high speed chase near Grants, where police concluded a man was never involved in either alleged crime.

"Certainly it is a troubling pattern, that is very pointed in the context of how to charge this case and how to investigate it," said Ahmad Assed, criminal defense attorney.

Legal expert Assed says that pattern of behavior could work against Jaramillo in more ways than one in this trial.

"I think it’s incredibly telling kind of what she got away with allegedly, we’re talking about allegations of course at this point– what she may have gotten away with in terms of her pattern of conduct that is if true, very disturbing. And should concern the entire community and law enforcement in general," said Assed.

And if the defense argues about her competency, facts about that pattern could allow the prosecution to shut it down.

Jaramillo is charged with two counts of first degree murder. Alternatively, she could face reckless homicide by vehicle.

"Through this horrific chain of events, we have seen the danger and damage that Miss. Jaramillo is capable of if she is to remain out in the public," said Santa Fe District Attorney Mary Carmack-Altwies.

First degree murder charges carry a sentence of 30 years to life, while reckless homicide by vehicle has a basic sentence of six years.

"If proven by the investigation and district attorney’s office, I think clearly the structure is there for them to proceed forth with on those charges. I think they’re gonna have an easy way of making probable cause, or meeting probable cause," said Assed.

Assed believes her release before trial is very unlikely. He also said there could be discussion about an alternative first degree charge of depraved mind murder– if prosecutors can prove she acted with a total indifference to human life.

Meanwhile, there’s still the question of whether Jaramillo was under the influence of drugs or alcohol, and her state of mind at the time of the crime. 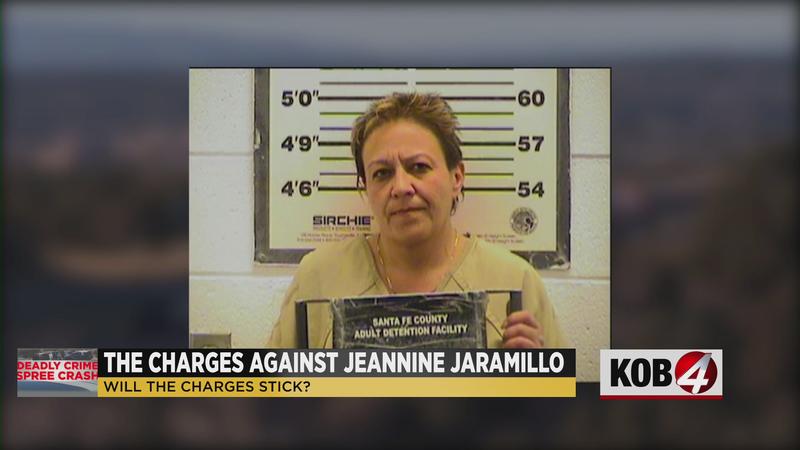