Legislative wrap up: Governor, lawmakers reflect on the 2021 session

ALBUQUERQUE, N.M. — Leaders from both the House and the Senate held a news conference with the governor after the session ended Saturday at noon.

Democratic lawmakers are feeling accomplished of the work they got done over the last 60 days.

"This session in COVID was about essential workers, it was about small businesses, and as the governor mentioned, we came in right out of the gate and delivered," said state Senate Majority Leader Peter Wirth.

This legislative session was like no other in history — in the middle of a pandemic. Due to COVID-19, the Roundhouse was closed to the public with most of the session held virtually.

Speaker of the House Brian Egolf said more than 19,000 members of the public participated virtually via Zoom. 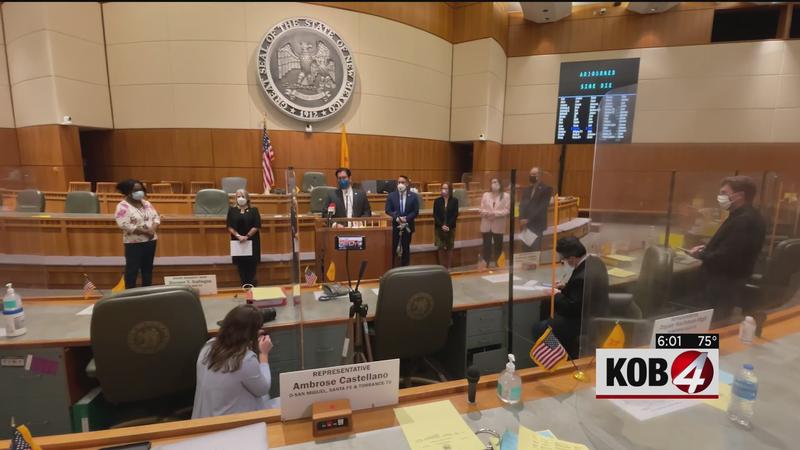 "That’s a huge number," Egolf said. "That’s more than you would ever have here in terms of unique visitors to the capitol."

While the governor gave the session an overall A+ — she also addressed accusations of sexism and racism between lawmakers that were made during the session.

"We just have to stand up and stop creating environments where it is just too easy to be hostile, angry, sexist, racist and inappropriate. And that occurred," she said. "If it occurs once, it is one too many — and that will stop in the state of New Mexico and it will stop right here."

Republicans were heavily outnumbered in both the Senate and House, and they made it very clear that they were not happy about how the session went.

"This was a terrific session… if you’re a felon, if you’re a sex offender, if you’re a special interest and you’re wanting to shut industry down," said House Minority Whip Rod Montoya. "This was an amazing session for you."

KOB 4 asked state GOP leaders what they would tell Republicans watching from home — where did they win during the session?