‘Nobody gave up’: Sister of murdered Belen Marine speaks about suspect sentencing

ALBUQUERQUE, N.M. — The family of a local slain Marine veteran has been waiting years for the person responsible to be placed behind bars. On Thursday, the man accused of killing that Marine was sentenced to decades in prison.

"A lot of us are really happy for that closure," said Amanda Bratten, the sister of Matthew Gurule. "Nobody gave up and it kind of goes to show that he picked the wrong victim because we were going to find him no matter what it took."

The man who admitted to the crime is Francisco Gomez. He will spend 32 years in prison as part of a plea deal.

Bratten said she understands why a deal was made, but wishes more was done.

"No amount of time will ever bring Matthew back," Bratten said. 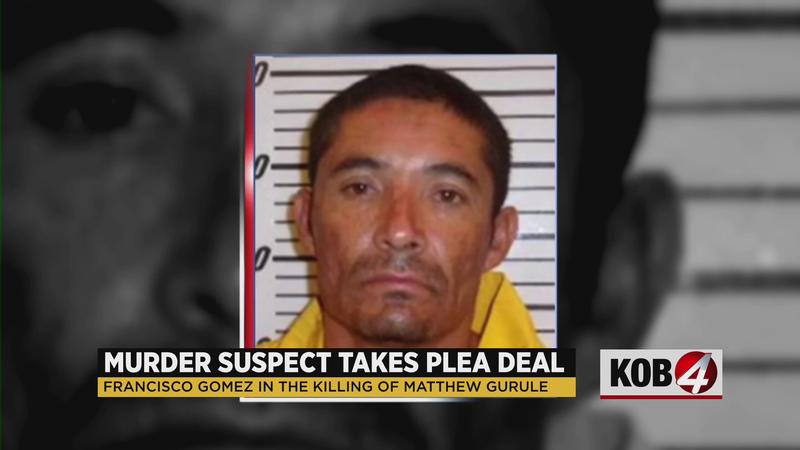 Gomez and the Thirteenth Judicial District Attorney originally accepted a plea deal for 40 years but Judge James Lawrence Sanchez suspended some of the counts following the agreement. Judge Sanchez, however, kept intact the most serious counts of murder and robbery.

It was July of 2019 when Gurule’s life was taken by Gomez when he tried to steal Gurule’s wallet at gun point.

"The irony to come home and to be killed on American soil by another American when he survived Iraq and Afghanistan," Bratten said. "Being shot four times in the face when you are told to run away is not fair, it’s not right, and it’s literally cold blood."

Gurule was reported missing, leading to a massive 21 day search by family. Bratten vividly remembers those search efforts as well as the day Gomez was arrested.

"I can’t describe this feeling and it was this overwhelming, insane powerful thing like it was overwhelming that was the one," Bratten said.

Now, she wants people to remember her brother not as a victim but as a loving brother and friend.

"He never met a stranger. He would have given his shirt off his back,” Bratten said. "He was a good Marine, he was a good person."