ALBUQUERQUE, N.M. — It’s been two months since an Albuquerque man reportedly crashed into a school bus full of students while street racing.

49-year-old Mario Perez appeared by video from jail for his detention hearing Thursday afternoon. Prosecutors argued Perez is a danger to the community, asking the judge to hold him without bond.

"In regards to conditions of release, your honor, there are no conditions that the court could reasonably impose," said Ashlee Mills, prosecutor.

Prosecutors said Perez was street racing a blue Mustang on Gibson Boulevard SW in February when he crashed his white Mustang into the side of a school bus full of children, causing it to flip on its side.

According to an arrest warrant, a witness estimated the two Mustangs were racing at more than 110 mph in a 40 mph zone. 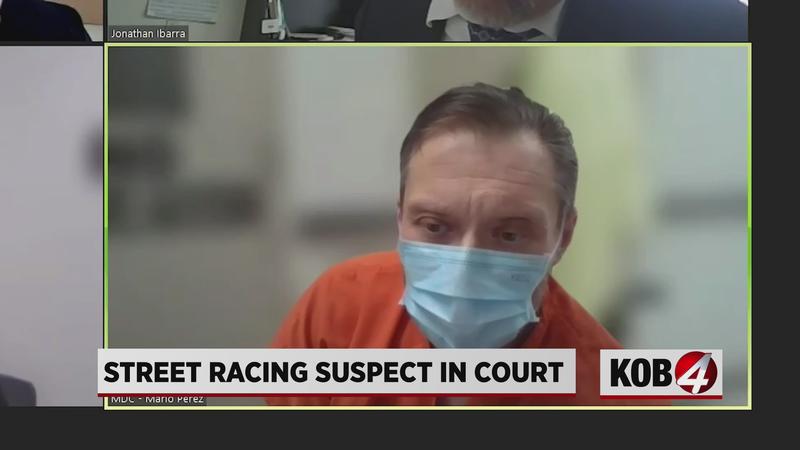 During the detention hearing, Perez was questioned by his defense attorney about the injuries he suffered in the crash.

Defense: In what condition are you able to drive at this point?

Perez: No sir, I can barely even walk at this point with a walker, let alone drive anything.

At the end of Thursday’s hearing, Judge Alisa Hart decided prosecutors did not prove their case that no conditions of release could protect the community. She ordered Perez to be released – under one big condition.

Judge: You are not to drive while this case is pending, any questions about that?

Judge: Are you going to follow the instructions of the court?

Judge: And if your leg heals and your foot heals and you’re capable of driving, you have to understand that you are not permitted to drive by the order of the court, is that clear?

Perez: That is clear, ma’am.

The judge warned if Perez does drive, he’ll be back in jail. The judge also ordered Perez not to leave the state and have no contact with any of the crash victims.

Perez is charged with two counts of great bodily injury by vehicle, with reckless driving. Two students were seriously hurt in the crash.