RUIDOSO, N.M. — The McBride Fire in Ruidoso has now burned 6,159 acres and claimed two lives but now stands at 89% containment, as of Friday, April 22.

Residents living in the following areas are allowed to return home as of 10 a.m. April 17:

All residents are asked to continue to be aware of their surroundings and to avoid any downed power lines or damaged trees. The Ruidoso Convention Center remains open, and the Red Cross and Salvation Army are on scene to provide hot meals, water, and support to evacuees. T-Mobile is also offering free mobile phones. 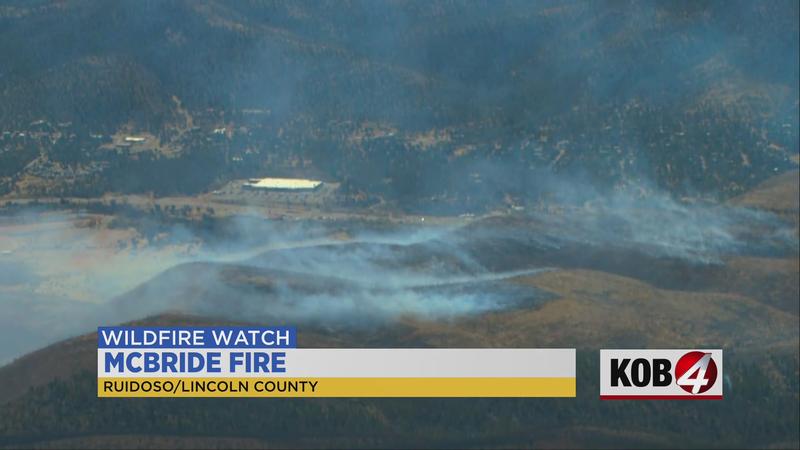 The fire initially began around 1:36 p.m. April 12 and burned 4,312 acres within a few hours. 207 homes have been lost since it began on McBride Drive.

Those affected by the fires who need assistance should call the Village of Ruidoso at (575) 258-6900. You can also reach out to the Department of Homeland Security and Emergency Management at 1 (800) 432-2080. Press #2 for information or resources related to the fires. Press #4 for information regarding property damage due to the fires and other fire-related questions.