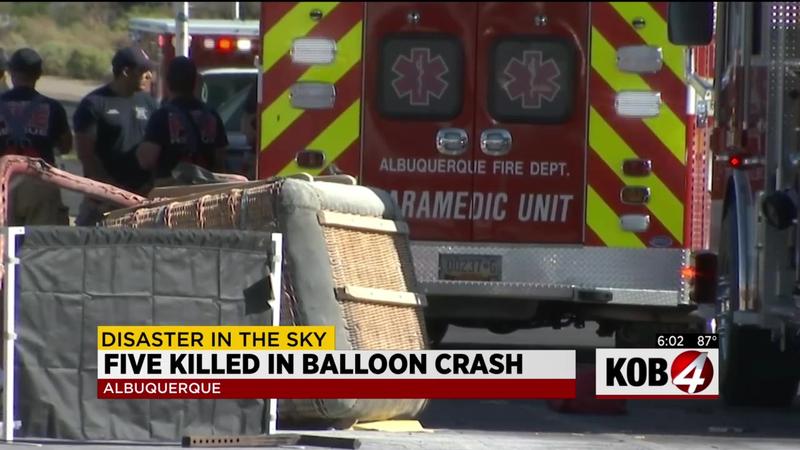 The victims, who were all from Albuquerque, ranged in age from 59 to 65 years old.

Nicholas, Susan, Mary and Martin were pronounced dead at the scene of the crash, Central and Unser.

John was taken to a hospital, but died soon after.

Albuquerque Fire Rescue said the balloon gondola hit a power line and fell approximately 100 feet. The balloon envelope was found at a separate location south of the crash.

Albuquerque police said the Federal Aviation Administration (FAA) and National Transportation Safety Board (NTSB) are investigating the cause of the crash.