Update: APD has charged an 18-year-old who allegedly tried to rob the business and ended up in a shootout with a woman who worked there.

Police say Jorge Rivera-Ramirez entered the business Monday night and paid a woman, later identified as 45-year-old Sihui Fang. Surveillance video later shows Fang with a gun pointed at her head as she was forced to open the front door and let another man inside.

According to APD, Fang attempted to run out of the business, but was dragged back inside and down a hallway by her hair. Detectives determined Fang and Rivera-Ramirez shot several rounds at each other. Fang died at the scene and Rivera-Ramirez called 911 and requested medical assistance for several gunshot wounds. The second man fled the business.

APD robbery detectives have reportedly been investigating a string of armed robberies in Albuquerque involving two men who were robbing massage parlors.

ALBUQUERQUE, N.M. — New details are emerging about a deadly shooting at an Albuquerque massage parlor. 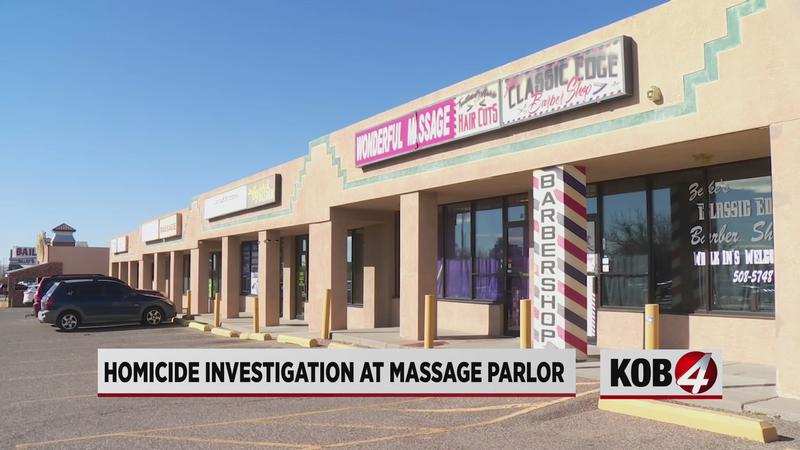 A man KOB 4 spoke with says he was a close personal friend of the owner of the massage parlor. The man asked to stay anonymous while the investigation is underway. He describe a truly horrific scene inside the business and said the owner was warned about potential threats months ago.

"When I went into the massage room and the front room, it was a literal war zone," he said.

He believes someone entered the business Monday evening, demanding money from the owner. He said she was alone, and based on the aftermath inside, he said it’s clear she fought back.

"When I walked into the massage room, it looked like a tornado had hit it, I mean everything was a mess, things were broken, bullet holes everywhere," he said. "The lady fought for her life with everything she had."

Albuquerque police confirmed one person was killed and another was injured during the shooting. The man said he was asked to help identify the owner’s body, and believes the injured person is only one of the suspects involved.

"They left with the money," the man said. "When I say ‘they,’ not the guy that went to the hospital obviously, but somebody took the money, took her cell phone, took her gun."

Now, he’s worried other businesses could be attacked.

"There has been, over the last couple of months, a number of robberies of massage parlors, of massage places in town," he said.

He said the owner was warned about these threats previously. KOB 4 spoke to a woman from a nearby massage parlor who also mentioned she had heard about those same threats on her own.

The man believes these attacks are not random.