ALBUQUERQUE, N.M. — Newly-released lapel video shows what happened during a deadly shootout in Valencia County a few weeks ago. The suspect was shot and killed after a deputy was shot in the leg.

Valencia County deputy Jacob Townsend was by himself. An investigation into a suspicious person led him to a black Hyundai with a stolen license plate. Gun drawn, he approached the car and announced himself.

In the video, the taser can be heard clicking and the car starts to move. Deputy Townsend retreats quickly but then gunshots ring out. He’s been shot in the leg. The suspect jumps into a white truck and takes off.

Elsewhere in Los Lunas, Valencia County Sgt. Victor Duran is on the hunt for the white pickup. 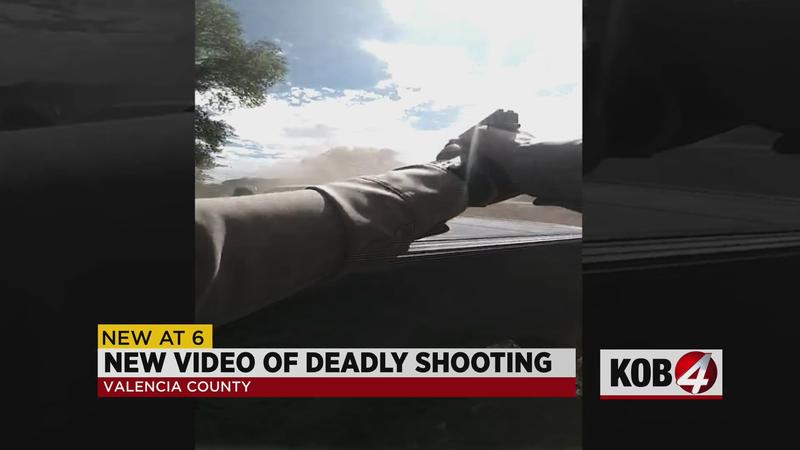 Deputy Townsend applies a tourniquet to his own leg – the video shows blood on his right pant leg.

Shortly after, Sgt. Duran spots the white truck and veers his patrol vehicle in front of the truck. Gunshots ring out again, a window shatters, and Duran’s bodycam falls off – but the gunshots continue.

The suspect, Jose Baca, was killed in the shootout. New Mexico State Police said Baca had recently been released from probation for battery on a police officer causing great bodily harm and battery on a household member, among other charges.

Sgt. Duran was hot hurt, and Townsend is still recovering from his gunshot wound.