RED RIVER, N.M. – New Mexico’s most recent snow storm couldn’t have come at a better time for skiers and snowboarders in the state.

The slopes in recent weeks have not been in the best condition for riders, with the dry conditions. But people in Red River are happy to once again be back on the mountain with some fresh powder.

The snow is back in Red River. Skiers and snowboarders gathered in the small mountain town to hit the slopes once again. For some, you can tell it’s their first time and others have been coming here for years.

"Honestly, the powder is really nice. Not all the trails are open but what they have open, it’s been lots of fun,” said Nicolas Aly, Red River visitor.

It’s been a pretty rough season so far with the weather not cooperating. Last year, skiers like Ali said it was a different story.

"All the trails were open, you could get up to the top of the mountain,” said Aly.

So going into Friday, they were thankful to have some snow coming down.

Reed Weimer with Red River Ski area said so far this season they’ve had to make a lot of their own snow. And with cold temperatures ahead, it will help speed up their process.

"Snow making has been great down here at the base, a little more marginal midway up, but these colder temperatures are going to help us tremendously,” said Weimer.

The wind did create some pretty poor conditions. But if you ask anyone skiing, it’s all part of the experience.

"It’s not that big of a difference. I wish I had my jacket on, I took it off because it wasn’t that windy but not that bad.” Aly said. 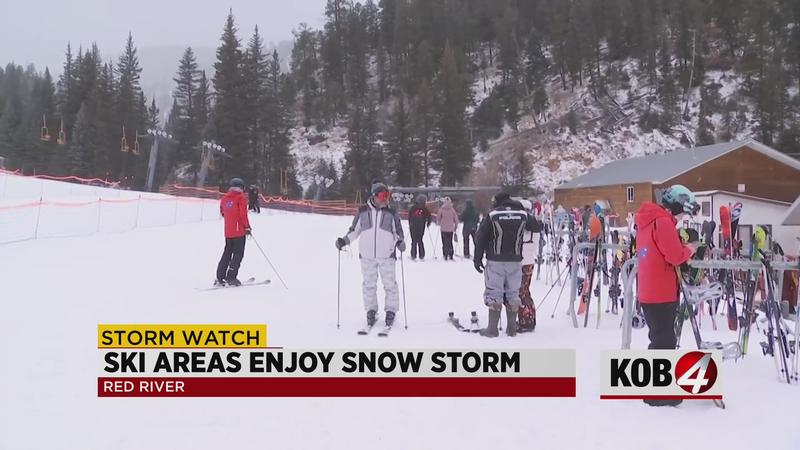