"Our message to New Mexico public schools is that you can and should move as quickly as possible to get everyone who wants it back for in-person learning," said PED Sec. Dr. Ryan Stewart.

Stewart added that the expectation is that schools be reopened for full in-person learning by April 5.

Masks and social distancing will be among the health protocols that should be followed.

Families who would like their child to stay in a virtual can do so, according to Stewart. 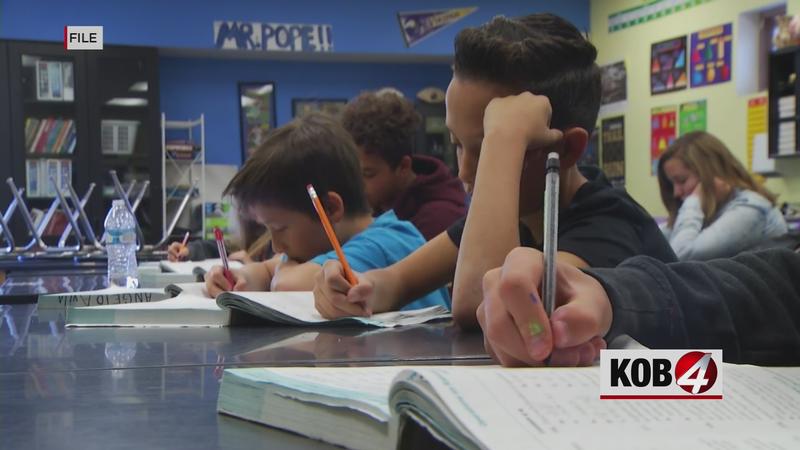 In addition to schools, Stewart said all NMAA-sanctioned activities can begin, including sports, band and choir. All activities will be required to adhere to COVID-safe practices that have been outlined by the state.

APS, the state’s largest school district, reported that it is updating its reentry plan in order to meet the state’s early April deadline.

The district said the plan will be presented to the Board of Education in the "coming days."

Early Monday, the state announced educators are eligible to receive the COVID-19 vaccine.

"In response to the federal directive, we’re going to begin vaccinating K through 12, and early childhood professionals, and we’re going to make sure that we get shots in arms for those who want shots by the end of the month," said NMDOH Secretary Dr. Tracie Collins.

"The message here is that schools are safe. You know we did the modeling, the medical advisory team. Kids were actually less likely to get COVID in a well supervised school where COVID-safe practices are strictly enforced than they are not being in schools," Dr. Scrase said. "Schools in communities are three times safer in general now than they were six weeks ago."

For more information about getting vaccinated in New Mexico, click here.