New Mexico to offer $100 for vaccinations as reopening date looms

"I was a little bit nervous at first, but then it was just really quick, and I’m excited that I got it,” said 14-year-old Emily Valencia, who attended the clinic.

Valencia said this was an opportunity she’d been waiting for.

"Because my grandma. She hadn’t found any events that could take me, and then she finally found this one so I finally got mine,” she said.

Courtney Preece, a 20-year-old Albuquerque resident, also received her first dose of the Pfizer vaccine. She said she decided to get vaccinated when she found out it was near her house. 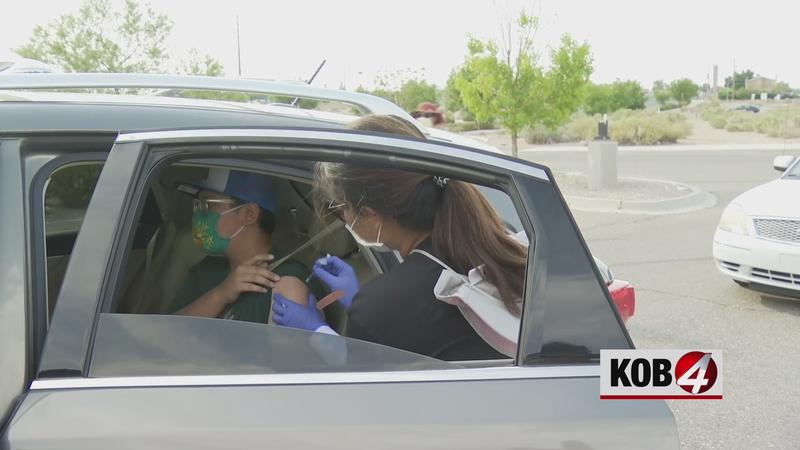 "I mean I don’t feel any different but at least I’m safer while the COVID is still around,” Preece said.

On Sunday, the New Mexico Department of Health announced its latest vaccine incentive program, which involves paying people $100 cash to get their booster vaccine or a single dose of the Johnson & Johnson vaccine. Only people who are vaccinated between Monday, June 14 and Thursday, June 17 will be eligible to receive the cash.

Gene Allen, who received his second shot during Sunday’s clinic, said he was a little disappointed to learn that he barely missed the cutoff.

New Mexico can fully reopen on July 1 with no restrictions if it meets its 60% vaccination goal within the next four days. State officials said they’re hopeful they can meet that deadline.

The state still needs to administer nearly 37,000 in order to reopen by July.