State Police described the suspects as a thin-built, 5-foot-7-inch-tall woman wearing a tan shirt with black leggings – and a heavy-set, 5-foot-2-inch to 5-foot-4-inch-tall man wearing a black hoodie and blue pants.

The officer was taken to the hospital and is in stable condition.

Chief Johnson said officers picked up two people in Albuquerque who police believe could be the suspects. However, police are asking for the public’s help to identify a woman.

UPDATE: NMSP Officer shot during a pursuit on State Road 333 near Sedillo Hill. This update asks for the public’s help in identifying the female suspect who was involved in an officer-involved shooting.#PressReleaseNMSP https://t.co/d5lfoonCNw https://t.co/cz9b3eJD3k pic.twitter.com/1dRjQMaohV 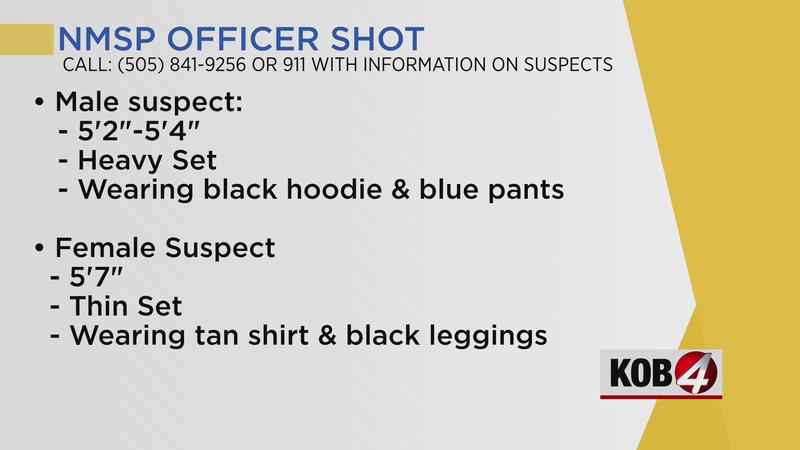