NTSB: 13-year-old was driving truck in crash that killed 9 in West Texas

HOBBS, N.M. – Nine people are dead and two are in critical condition after a fiery head-on crash in West Texas Tuesday night.

NTSB investigators say a 13-year-old boy was driving a pickup truck that crossed into the oncoming lane and crashed head-on into the van carrying a coach and his players. An NTSB spokesperson said the truck’s left front tire, which was a spare tire, blew out before impact.

Both vehicles caught on fire and were destroyed by the flames.

The 13-year-old boy and 38-year-old Henrich Siemens – both from Seminole, Texas – were killed in the crash, along with six members of the golf team at the University of the Southwest in Hobbs and their coach.

Two students – 19-year-old Dayton Price and 20-year-old Hayden Underhill – survived the crash and were airlifted to a hospital in Lubbock. According to an anchor at NBC affiliate Newswest 9, the students have improved from critical to stable condition.

The team was heading back to campus after competing in Midland, Texas.

Grief counselors have been on campus Wednesday, helping students and staff through this unimaginable loss.

A memorial was set up at Rockwind Community Links – the local golf course near the university where the students practiced and played.

“They’re here for four years they become, they’re here every day and we get to know them really well and it’s really just devastating to hear about this and just to be a part of the whole situation is just really difficult,” said Ben Kirkes, head golf professional at Rockwind Community Links.

“We feel so sorry for their family, their mothers and fathers, it’s a very tragic situation. We’ll do anything we can to help them go through that grieving process,” said Cobb.

NTSB investigators also said some of the team members weren’t wearing seatbelts and one was ejected at the time of the crash. The NTSB expects to have a preliminary report on the crash in about three weeks.

A donation site has been created in support of the victims and their families. 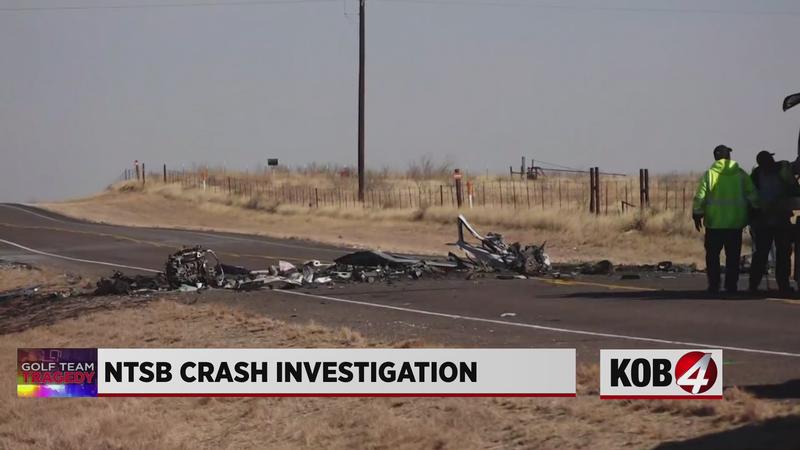