Oral arguments for Sheriff Gonzales’ appeal to be heard next week

ALBUQUERQUE, N.M. – Bernalillo County Sheriff Manny Gonzales now has a timeline on when he will know if the court will allow him to receive hundreds of thousands of dollars in public financing for his mayoral campaign. Gonzales lost that money after the Albuquerque City Clerk denied him those funds due to allegations of widespread fraud and forgery.

Gonzales is in a limbo right now and unable to fundraise any kind of money for his campaign. If he wins his appeal and receives about $635,000 in public financing, he cannot privately fundraise. If he doesn’t win his appeal, he’ll need to begin aggressively fundraising for himself. But for at least another week – Gonzales is stuck without the ability to do anything.

In a virtual hearing, an appointed judge from Santa Fe determined he will hear oral arguments and make a decision on Friday, Aug. 27. This comes after Gonzales appealed to the courts, asking them to reverse the decision by the city clerk.

"There is a fair amount of argument about motivations, biases and things related to parties in the matter, and frankly, I don’t see those as being key to my decision," Judge Bryan Biedscheid said. "I am mindful of my role and that it is limited. I am not out to rewrite regulations or election codes, but I am here to see they are properly complied with." 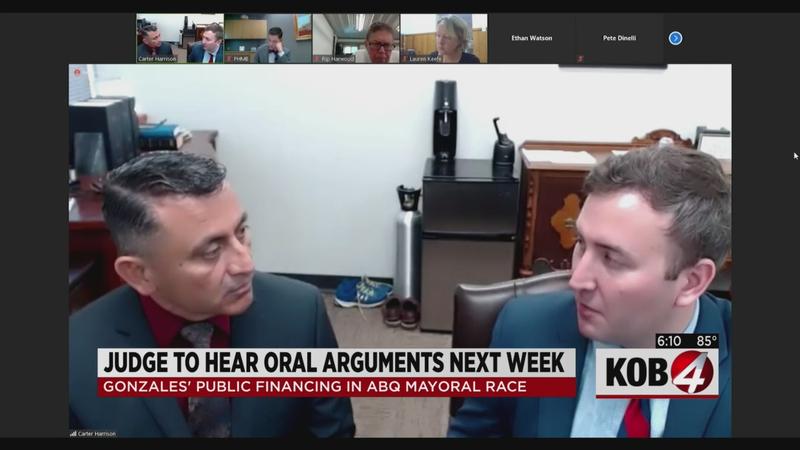 Next week, the judge will ultimately decide if the city clerk’s decision stands – and Gonzales does not get public financing or he can overturn the decision – allowing Gonzales to put about $635,000 in his campaign coffers.

If the judge upholds the city clerk’s decision, Gonzales will be forced to fund his campaign the traditional ways – with fundraisers, door knocks and phone banks.