Parents call for Carlsbad school board to make masks optional

CARLSBAD, N.M. — In southern New Mexico, a group of parents says they’re against any rules that mandate masks in the classroom.

Protesters in Carlsbad were calling on their local school board to also make masks optional. The protest was made up of mainly parents, but there were some students out holding signs.

Parents said they had reached out to Carlsbad Superintendent Dr. Gerry Washburn asking for a special meeting to give the choice of mask-wearing to local school districts. Parents said the superintendent denied the request and said he will be following the NMPED’s latest guidelines.

KOB 4 reached out to the superintendent and he said while he understands where the parents are coming from, the school board has no choice but to follow the NMPED guidelines. He said the board has been advocating for local control since the pandemic began. 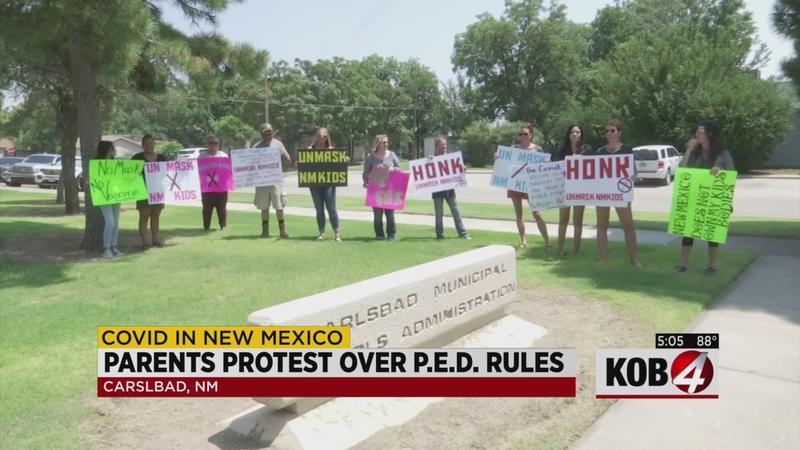 Washburn also said they are looking forward to welcoming students back in person next week.