Some parents called the announcement whiplash from the state’s expectations that were set just a few weeks ago.

Belville, a parent of two, said this past year has been difficult.

“For my son, his grades were just, going down. That’s how this year has been, for him,” she said. 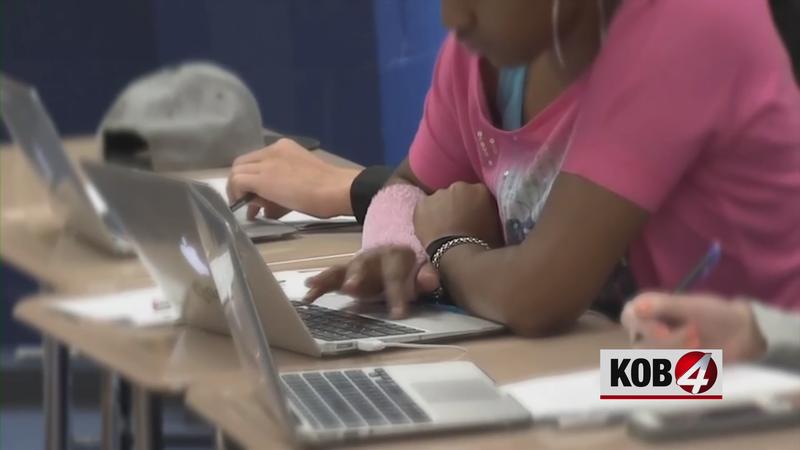 She said even one month of in-person learning can make all the difference, especially for her senior. Other parents, like Marissa Isaak Wald, agree with Belville.

“I really felt like the governor and her deputies were really listening to parents when we were saying that the school situation was inadequate for our kids,” said Isaak Wald, a charter school parent. “I really felt heard and listened to. And I sort of wish it didn’t have to come to this where it was a top-down decision, but learning is a process of relationships and that was not happening online.”

Isaak Wald has two young children in an Albuquerque charter school. They recently returned for hybrid learning last week. However, state leaders announced Monday that all schools around the state will reopen for full in-person learning by April 5., and that teachers and staff will be moved into a priority group for the vaccine.

“I’m so glad. I mean, I really felt relieved. I was punching the air excited that the kids were going to go back full time,” Isaak Wald said.

Many parents who want their children to go back said this year has taken a huge toll on their education and progress.

“I’ve seen the education that he’s getting this year as compared to previous years. Don’t get me wrong— teachers are absolutely doing their best, but it is shockingly insufficient,” said Jenny DiGregorio, a Rio Rancho parent to a ninth grade student.

While DiGregorio’s son recently started hybrid learning, she said this year has been very isolating for him.

Families will still have the option to stay virtual if they feel uncomfortable sending their children back to school, but for these parents the reward outweighs the risk. They do, however, that that’s not the case for everyone.

“It’s a wonderful thing that we can have a choice and we don’t have to make everyone go, and that’s OK. It would be different if it was all or nothing, but it’s not,” Belville said.