Mayor Tim Keller announced Monday that Medina is the new chief. During the press conference, Keller listed some of Medina’s accomplishments at the department, which his personnel file supports.

According to documents obtained by KOB 4, Medina spent years racking up awards and accomplishments, which include recognition as Officer of the Month, and dozens of letters of appreciations.

Documents also show that Medina received an $8,500 raise last July after he was promoted to First Deputy Chief.

When Medina took over as Interim Police Chief late last year, he did not receive a raise. However, now that his promotion is official he will receive an additional $35,000 a year starting next week. 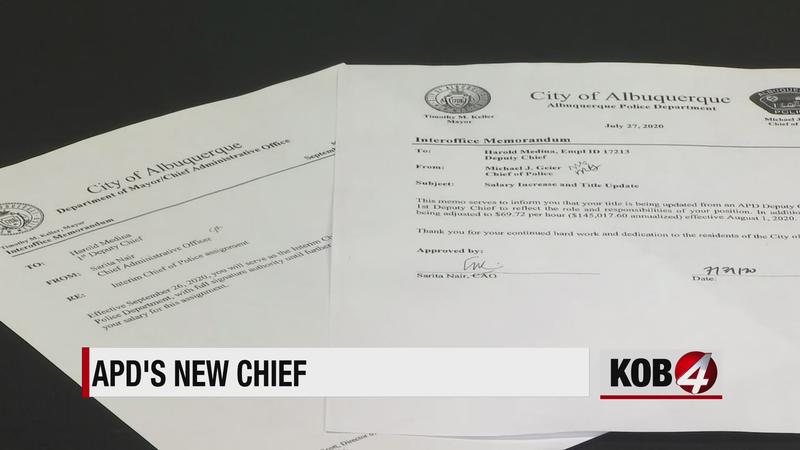 Medina said he will focus on crime fighting and proactive policing.

"We talk a lot about culture change, but we have to show that the culture change is real, and it has to start at the top of the chief of police,” Chief Medina said during the Monday press conference.

In addition to his accolades, Medina also receive two letters of reprimand in 2004 and 2006. According to documents, they had to do with APD’s standard operating procedures for evidence, and crashing into a car while on duty.

The city of Albuquerque hired a search firm to assist with the hiring process. That contract was for up to $15,000.

Even though they ended up with an internal candidate, city officials said it contract was a good use of money.