ALBUQUERQUE, N.M. — It’s a growing crime trend that is becoming unbearable, not only for the community, but also for the officers sworn to protect it.

On Thursday, four Albuquerque police officers were injured, three of them shot by a suspect who authorities say was involved in a robbery near the Dutch Bros on Juan Tabo.

The injured officers were transported to UNM Hospital. One officer was shot at the base of his neck – above a bulletproof vest – and was taken immediately into surgery. That officer is still in critical condition at this time.

For Shaun Willoughby, the president of the Albuquerque Police Officers’ Association, this hits very close to home.

"These are friends of mine,” Willoughby said. “I know both of the officers that are either in surgery or hopefully getting out of surgery that are fighting for their lives right now."

He says APOA has been frustrated for a long time about the increase of these potentially deadly situations involving police and after these most recent shootings – they are livid. 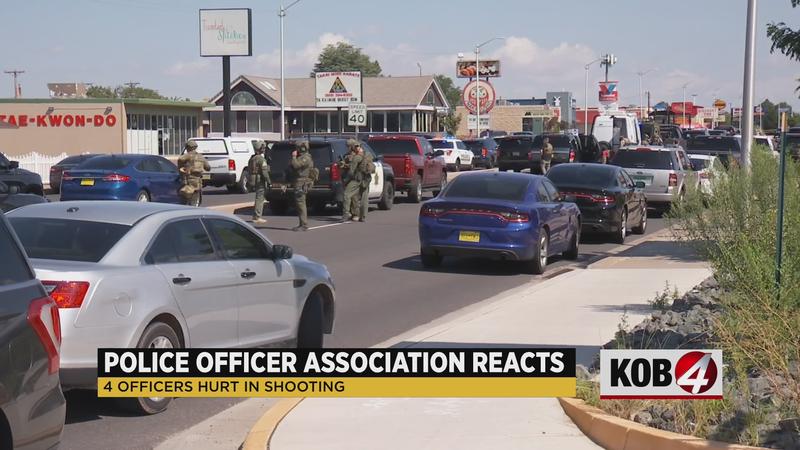 He believes these incidents can be avoided.

"I believe that the violent crime and the uptick of violent crime is directly related to this police department being de-policed and having policies where they are not able to do their job," Willoughby said, adding that over the years laws passed through the legislature have prevented officers from not only doing their jobs but have led to dozens of officers quitting.

"We have de-policed the city of Albuquerque to the extent where officers carry around a little card with a list of misdemeanors that they can’t even arrest people on," Willoughby said.

He is asking for lawmakers to come together and make changes to policies currently in place.