According to a viewer in Chama, the whole town has been without power for over 24 hours, as of 12 p.m. Thursday. Updates from the Northern Rio Arriba Electric Company have also been spotty, in regards to when power might be restored.

However, the electric company stated their phone lines were down for a while Wednesday, which made it harder for residents to get any updates on the outage.

According to the company, the system-wide outage has affected over 3,000 residents and stretches from Ghost Ranch to Lumberton.

The company stated crews are working to try and restore power as soon as possible. A crew even came from southern NM to help. 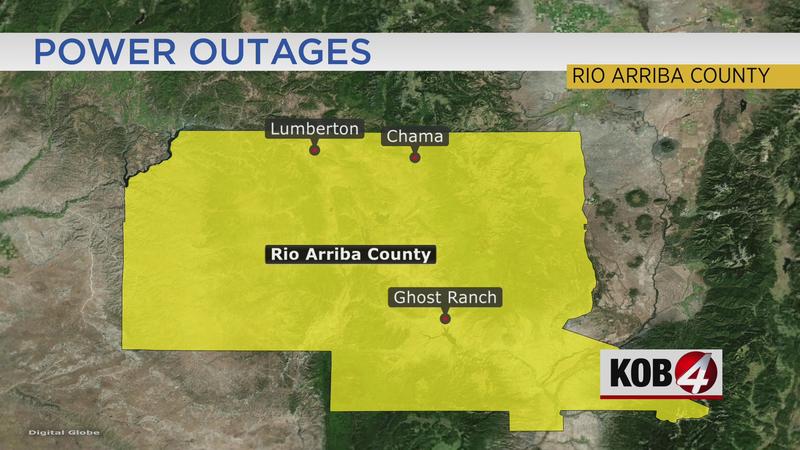 Their phones are running again but AT&T customers still have no service while Verizon customers have had their service restored. Any updates are also available on their website and social media.

The Taos County Commissioners declared a state of emergency because of the damage caused by the wind and snow.

Anyone who needs assistance at this time can visit the Hernandez Community Center or call the Central Dispatch at 753-5555.