"I’m running for reelection for another 4 years," she said.

However, the governor appeared to cut her speech short as protesters shouted and made noise in Old Town.

Lujan Grisham told the crowd that she would not be intimidated by the protesters.

"I’m sorry we picked the same location as the QAnon lizard people meeting was at," Lujan Grisham told her supporters. 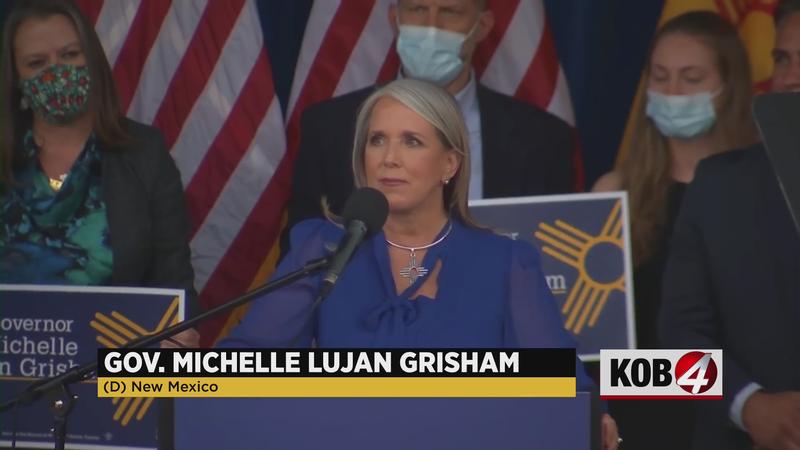 Democratic state lawmakers who attended the event were trying to make sense of the chaos.

"It was very difficult to hear anyone," said state Sen. Mimi Stewart. "At one point, I had to put my fingers in my ear because everyone was trying to scream over the outside screamers."

"I think there are a few people very confused about reality," House Speaker Brian Egolf added.

"This is a fringe element using bullhorns," said Sen. Peter Wirth. "It’s embarrassing, quite frankly, for our whole process, but we move forward."