ALBUQUERQUE, N.M. – In the last few months, Albuquerque has seen violent, sometimes deadly crime sprees that cover the majority of the metro.

Retired Albuquerque police commander Paul Szych says he believes it comes down to criminals not thinking there will be tough consequences. Because if they do get caught, Szych says data shows they might not end up in jail.

On Monday, we saw yet another crime spree targeting random people who were in the wrong place at the wrong time – but this isn’t the first time a suspect went on a rampage.

“Look into their history. Look into a crime spree offender’s history and guarantee you will not find that they have just started committing crimes on the onset of that crime spree,” KOB Public Safety Expert Paul Szych said.

Let’s look at Jeannine Jaramillo. Investigators say it was far from her first time lying about getting kidnapped, then leading officers on a pursuit in a stolen car on I-25 two weeks ago. We lost 2 first responders in that case.

Or Raphael Marquez. He kidnapped multiple people and took their cars at gun point last month, and he has a long history of break-ins and robberies.

Another crime spree suspect Tobias Gutierrez, He was very well known to police before they say he stabbed about a dozen people, at random, along Central on Super Bowl Sunday.

All three of them have something in common – they were released from jail after getting arrested.

“They know once they are caught they are going to be released anyways so what do they care and that’s scary,” Szych said.

While Szych has seen this trend building for quite some time, he says changes need to be made at the judicial level.

Szych says without bonds it is creating a dangerous mentality.

“Those individuals get out and they go wow that wasn’t so bad let me go out and commit some more crimes we have failed as a society to show these individuals that once apprehended we will do everything we can to make sure you are incarcerated,” Szych said.

Lawmakers introduced multiple bills this past legislative session to try and stop the revolving door of criminals in our state. But they went nowhere.

Instead, Gov. Michelle Lujan Grisham signed a crime fighting package focusing on officer recruitment and higher penalties on gun crimes, among other things.

But Szych, other law enforcement, even the Bernalillo County District Attorney, have all said it’s not enough. 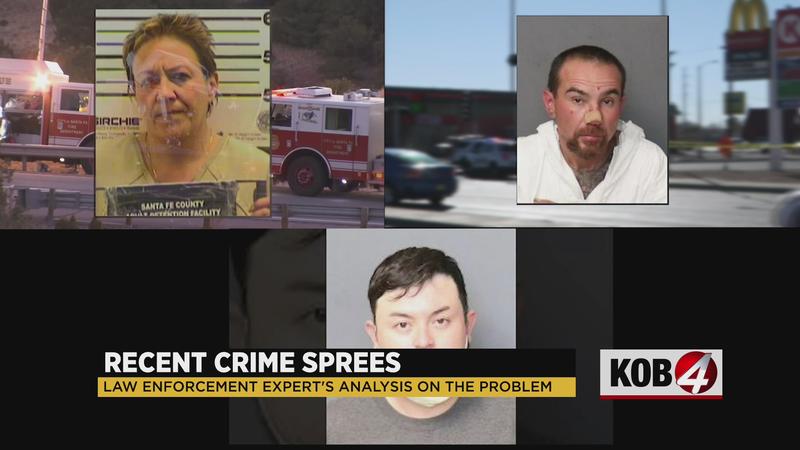