SANTA FE, N.M. — New details are emerging about the two people killed in the I-25 crash connected to a crime spree in Santa Fe Wednesday. The community is still shaken by the deaths of Robert Duran, a Santa Fe officer, and Frank Lovato, a retired Las Vegas firefighter.

Authorities said a suspect kidnapped a woman and caused the deadly crash, but it is still unclear who the suspect is. However, New Mexico State Police now say that there is no threat to the public.

State police are the lead agency in the investigation. They believe the suspect ran from the scene, toward homes just east of the crash site.

"It’s just crazy he was able to get away," Lucy Moore, a neighbor who lives in the search area, told KOB 4. "We did lock our doors, which we normally don’t have to do."

A family across the street also said they did the same thing – hunkered down and worried about what could possibly happen. 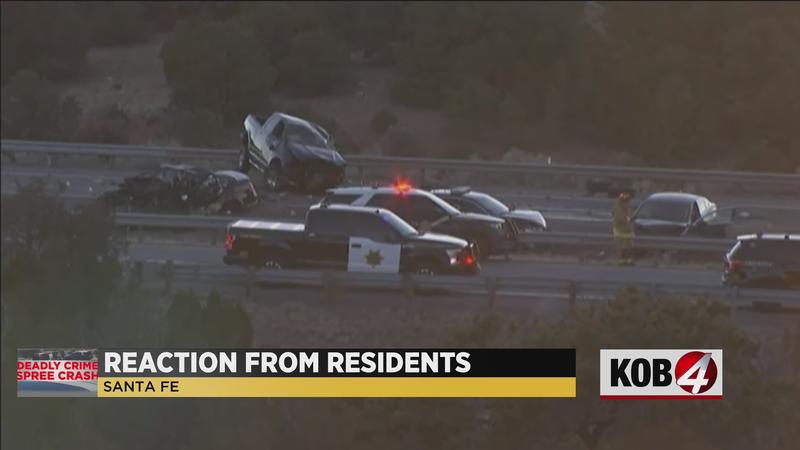 A few miles away, at the Santa Fe Waldorf School, a shelter-in-place order was issued after the crash and crime spree. The school chose to cancel classes on Thursday because the suspect had not been apprehended.

People living in the area are hoping for more clarity about the kidnapping suspect so that they can feel comfortable in their own homes.

"Hopefully he turns himself in and we can get this resolved," neighbor Carlos Gonzales said.

KOB 4 reached out to Santa Fe Public Schools to see if any classes have been postponed due to the search for the suspect. They said there are no plans for that.