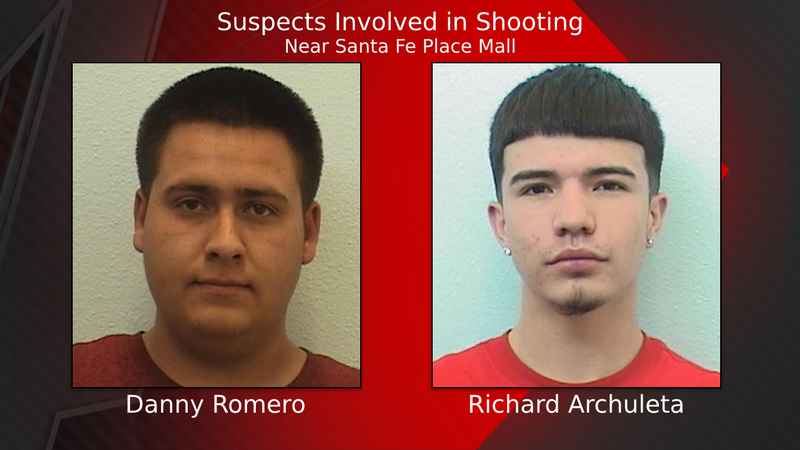 Richard Archuleta, 19, and Danny Romero, 23, were arrested on Thursday by SFPD. According to SFPD, Archuleta is accused of shooting a 31-year-old man from a gray Dodge truck driven by Romero.

SFPD also identified a nearby car had been struck by a stray bullet while stopped for traffic on Zafarano. No one in the car was injured.

Romero was arrested on charges of attempted murder, conspiracy and tampering with evidence.

Police on Sunday responded to Zafarano Drive and Rodeo Road where they found a man lying in the median on Zafarano. The victim was treated at UNM Hospital and released Monday. He is expected to recover from a gunshot wound to the right side of his face.

The case remains under active investigation.