SANTA FE, N.M. – State Rep. Roger E. Montoya was taken to a local hospital after he was involved in a crash Wednesday morning near Española.

According to a statement released on Montoya’s Twitter, the District 40 representative was en route to the state legislative session at the Roundhouse when the crash occurred. Rio Arriba County deputies say road conditions were slick at the time of the crash

The state representative was taken to the hospital as a precaution. He is expected to be released Wednesday afternoon.

Montoya’s Chief of Staff, Isaac Casados, stated Rep. Montoya "is thankful to the motorists who stopped to provide aid and our brave first responders who responded to the accident scene. Please drive safely and keep your families safe.”

Rio Arriba County deputies determined there were around two inches of snow on the road at the time of the crash. Foul play and speeding were ruled out. 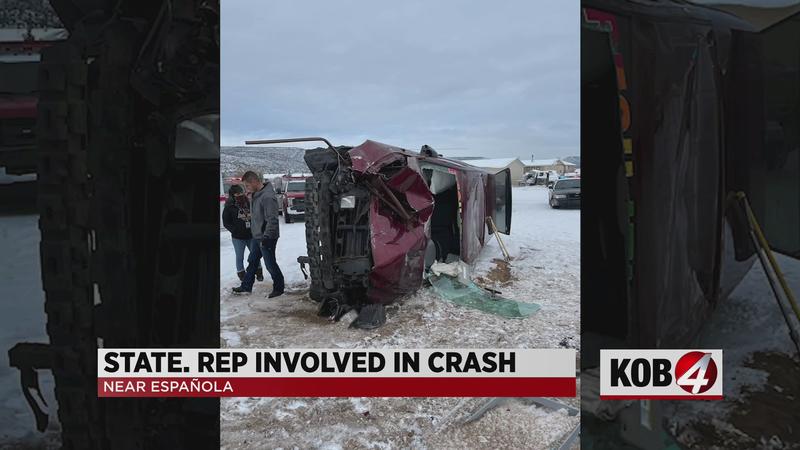 The National Weather Service in Albuquerque is advising drivers to beware of slick conditions caused by an overnight winter storm.

This is a developing story. Stay tuned to KOB.com and KOB 4 Eyewitness News for more updates.

STATEMENT — “Earlier this morning Representative Roger E. Montoya was in a car accident on his way to the Roundhouse for the Legislative session. The Representative is safe and being treated at a local hospital… pic.twitter.com/LFhm4wWKgk