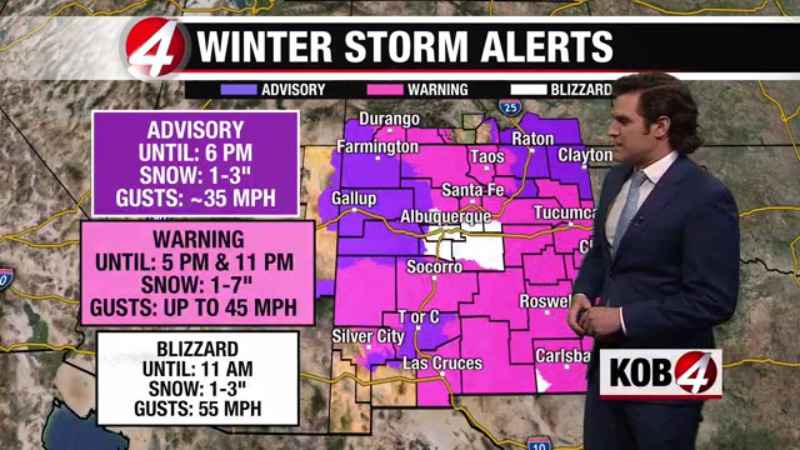 The National Weather Service said snow was forecast to continue falling in the southern half of the state through the afternoon while it tapers off across the northern half of New Mexico.

The storm is expected to continue for southern New Mexico into Monday morning and result in below-freezing temperatures in some locations.

Another storm system is expected to bring rain and snow chances across the state Tuesday and Wednesday, according to Weather Service meteorologists.