ALBUQUERQUE, N.M.- The man identified as the person who killed a New Mexico State Police officer and injured a Las Cruces police officer in a shootout Thursday had a violent criminal history.

"He does have a violent criminal history to include drug trafficking and some other charges that rise to the felony level," said NMSP Chief Robert Thornton.

Omar Felix Cueva was killed following a shootout with police near Las Cruces.

He had previously been charged with 40 pounds of cocaine into the country in 2002. Other records show crimes involving large amounts of meth. 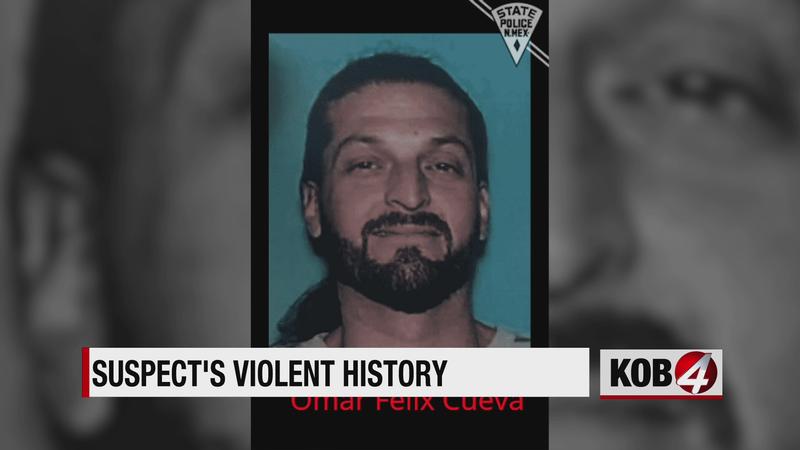 Homeland Security confirmed Cueva was under investigation in an ongoing narcotics investigation when he was pulled over Thursday.

The investigation was spearheaded by a specialized unit that focuses on cross-border criminal organizations.