Authorities said Baca shot a deputy near New Mexico state road 6 around mile marker 19. Then Baca took off, driving east towards Los Lunas while being chased by law enforcement. Baca then crashed his car on state road 314 when he then opened fire, injuring another deputy before being shot and killed.

Police stated that Baca was recently released from probation for aggravated battery upon a police officer resulting in great bodily harm, battery on a household member, and resisting, evading or obstructing an officer during arrest.

Authorities said there was also a female suspect who ran away following the chase. State police said she was detained, but there’s no decision on charges at this time.

"I am grateful that our deputies and New Mexico State Police officers are okay. Incidents like these will stay with them forever, and they’re expected to continue their career in this capacity, and it’s never easy to just put these things aside and continue on," said Valencia County Sheriff Denise Vigil. 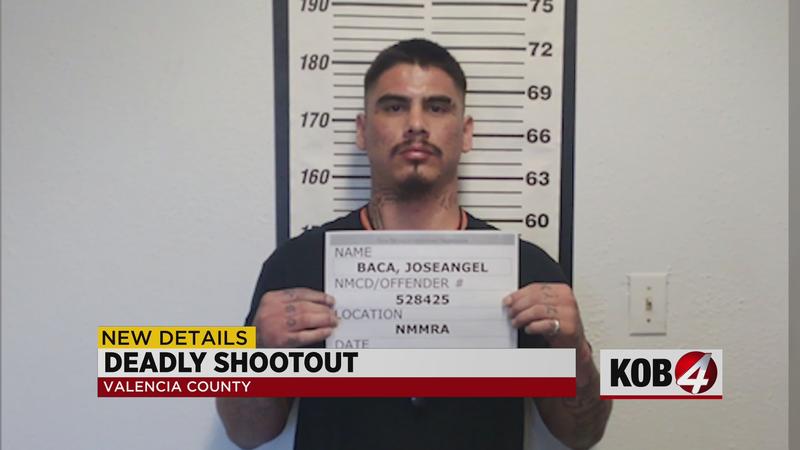