NEW MEXICO – The Land of Enchantment is becoming the land of ice and snow as a winter storm is rolling through Wednesday.

Persistent flurries in the metro are expected to turn into heavier snow after 4 p.m. Wednesday. The heavy snowfall is set to bring up to 5 inches of snow by Thursday morning, when it will move into southeastern New Mexico.

Wind chills are expected to drop to between 0 and -10 degrees in the metro during the snowfall.

“We know that when these storms are combined with bitterly cold temperatures for days at a time, things can get dangerous,” Mayor Tim Keller said. “We’ve been through this before and are responding across departments to keep folks safe and make sure that vulnerable communities have access to resources they need. City workers have been preparing around the clock and will continue to work safely to keep things going.”

According to Mayor Keller, 35 city employees will be utilizing equipment to salt and plow the roads in 12-hour shifts as the storm persists. 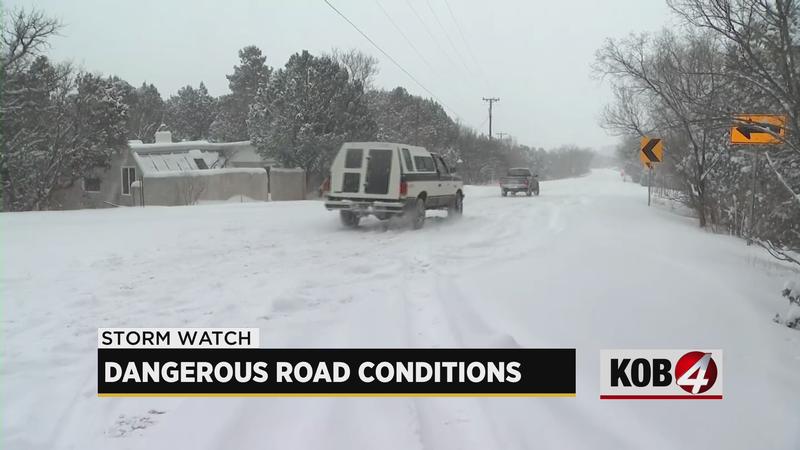 APS canceled all Wednesday evening activities, including athletics, due to the weather. All APS schools will be under a two-hour delay Thursday. APS East Mountain schools will be closed Thursday.

New Mexico State Police is discouraging travel and warning drivers of road closures and long delays as the storm passes.

Schools in Santa Fe, Los Alamos, Taos and Bernalillo were all closed Wednesday as snow fell overnight. The City of Santa Fe was also one of the numerous places that announced closures and delays due to the storm.

Santa Fe is expected to see 3-4 total inches of snow during the storm.