The boy, who was later identified as 11-year-old Joseph Hobbs, was killed Saturday afternoon in the Monterey Park area southeast of Los Lunas, according to VCSO. Hobbs was shot in the front yard of his home before his mother and one of his siblings.

Surveillance footage from a nearby home shows three suspects. Some of them appeared to be shooting in one direction before fleeing in a getaway vehicle. Those suspects were identified as Santos Mateo Garcia, 21, Erik Carillo-Garcia, 24, and Alexandria Tabora, 40. All three are from the Monterey Park District of Los Lunas.

VCSO investigators said they don’t believe the boy was the intended target and that he was caught in the crossfire.

“This type of violence is not acceptable in our community. We will bring to bear absolutely everything we can to get those responsible into custody as swiftly as possible,” said VCSO Lt. Joseph Rowland.

Arrest warrants were issued for all three suspects Sunday afternoon. Tabora was taken into custody just before 7 p.m.

The U.S. Marshals are offering a $5,000 cash reward for information that leads to the arrest of the remaining two suspects.

A GoFundMe has been set up for Joseph. To donate, click here. 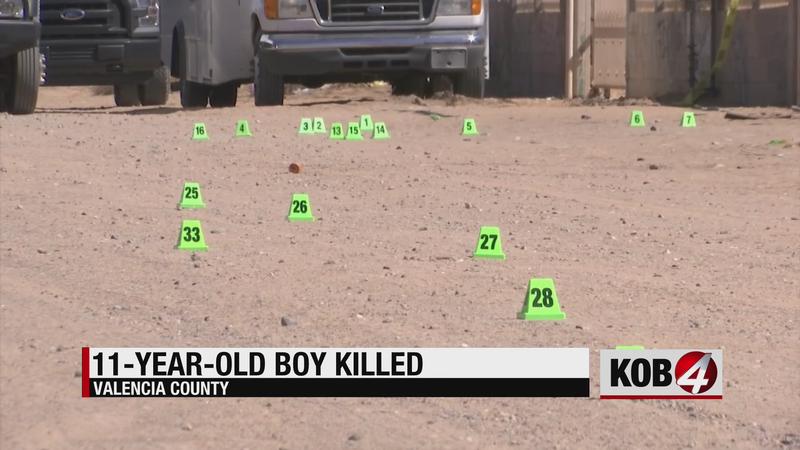