Was it avoidable? Former APD sergeant weighs in on officer-involved shooting

ALBUQUERQUE, N.M. — A former APD sergeant weighed in on the officer-involved shooting that left one man dead and another APD officer with minor injuries.

According to a witness, Trivino was walking in the middle of San Mateo.

“It’s actually extremely dangerous situation because when you have other drivers in the mix—in seconds someone could hyper correct and you could have major vehicle collisions,” he added.

"The male turned around and charged officers," Chief Medina said during press conference.

Video footage of the incident shows officers deploying their tasers on Trivino. Trevino is then seen throwing an object at APD. Officers subsequently fire their duty weapons at Trivino.

“The officers responded completely appropriately, which was to initially retreat in a tactical way to give him space, but he closed distance on the officers, less lethal force was used, that being the taser,” Grover said. “That was ineffective and like you said, in a split second, it went from someone who is disregarding the officers to combating with them. Then once the knife came out or something, that was visibly perceived as a deadly weapon, it became a deadly force encounter through no fault of the officers’ own.”

“Situations like this really exemplify split decisions that officers are asked to face on literally a daily basis,” added Grover.

According to court documents from an unrelated incident, Trivino was a veteran with a long history of drug abuse and was “diagnosed with Catatonic Paranoid Schizophrenia with auditory hallucinations, anxiety, and PTSD." His wife reportedly told Rio Arriba County Sheriff’s Deputies that Trivino had stopped taking his medication for it. Trivino’s wife also told deputies that he was a user of crack cocaine, carried around an A-K 47, and was violent.

The Rio Arriba County Sheriff’s Office put out an officer safety bulletin in December warning law enforcement agencies that Trivino may be armed and dangerous.

APD officials said it’s not clear whether the responding officers knew who Trivino was when they showed up to the scene. 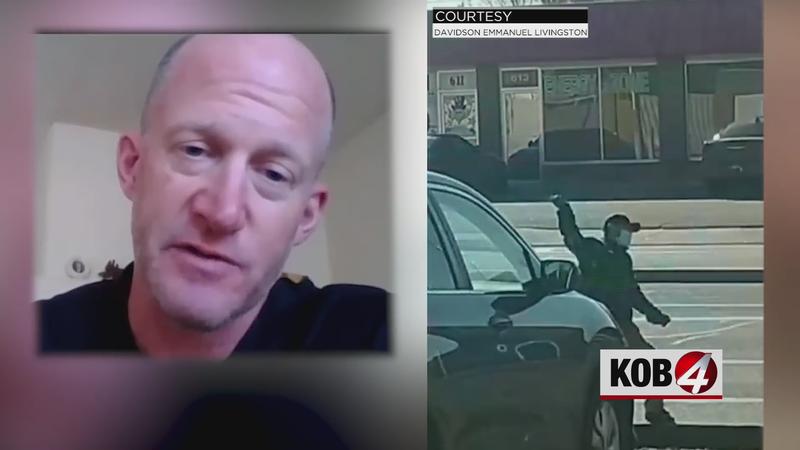