ALBUQUERQUE, N.M. — Two upper-level disturbances will impact New Mexico in the short term, one from the west Wednesday and the second from the northwest Thursday.

A strong back door cold front will plunge south through the east Wednesday night with much colder air, while clouds and precipitation will cool temperatures in the west.

Snow will begin in the western mountains Wednesday morning, and spread east and south Wednesday afternoon in the form of mountain snow and valley rain.

Rain will change to snow Wednesday night on the plains and valleys. Snow will linger into Thursday over and near the central mountains.

Snow totals will favor the west and north mountains where generally 3 to 5 inches can fall. Higher amounts of up to 8 inches could fall on the higher peaks of the Sangre de Cristo Mountains. Valleys and lowlands could receive up to 1 inch. 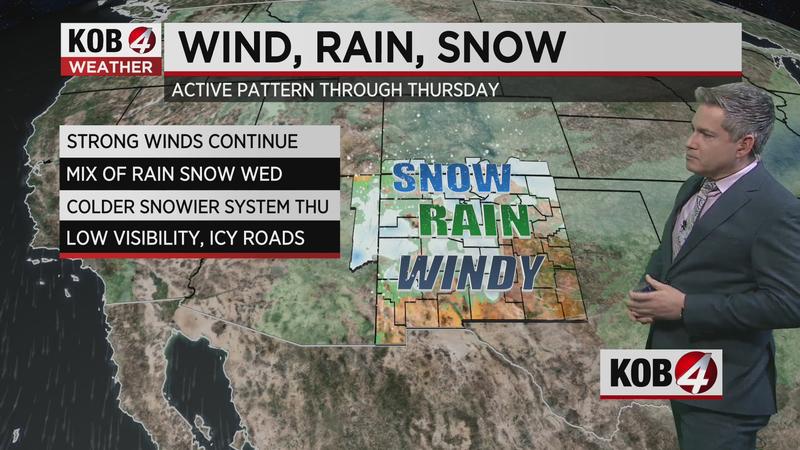 Temperatures everywhere will be below to much below normal by Thursday